Police in Kingsbridge were called to an address in Fore Street earlier today after two hand grenades were discovered.

A spokesperson for Kingsbridge Police said on Facebook:
“Police attended to examine the devices and on first sight it looked as though they had been disabled as they had drill holes in the sides.

“Royal Navy EOD Bomb Disposal were contacted who attended from Plymouth. They stated that it appeared that someone had believed they had disabled the grenades but had not actually taken the explosive elements out and they were in fact still live. 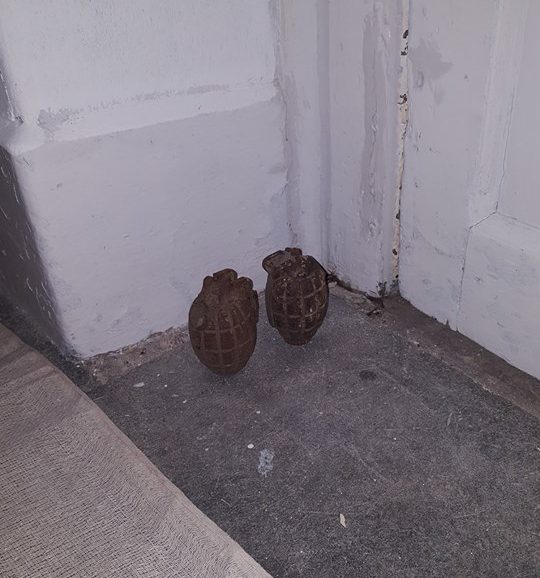 “Devices like this are usually detonated by EOD in situe as they are unstable however due to their location they were taken to a quarry in Plymouth where they were detonated safely.

“During WW2 the Ministry of Defence handed out ammunition and explosives to locals as a line of defence should we be invaded and inevitably many of the devices were never handed back.

“If you have any old explosives such as this then please contact us. They are dangerous and could cause serious injury or loss of life. Thankfully, this shopkeeper did the right thing in contacting us as soon as they were found,”