The service was called to reports of a dog stuck in a river in Newton Abbot earlier today, Saturday 19th January.

One fire engine attended the incident near Penn Inn at around 3.45pm.

Posting on Facebook, Newton Abbot Fire Station said: “The incident was a dog stuck in the river.

“A little terrier called Maggie had fallen in from the wall and was just about stood in the ever deepening water as the tide was coming in.

“As one crew member FF Laura Hutchings dresses in water safety kit, little Maggie could not longer stand and had to start swimming.

“She was already exhausted from her ordeal so was very relieved when Laura climbed down the ladder and picked her up.

“Laura kept her fire helmet on instead of the water safety helmet so the visor could be pulled down as animals can be unpredictable! Luckily she was a very friendly little dog and welcomed the help.

“Although very cold she was fine and happy to be reunited with her owner.” 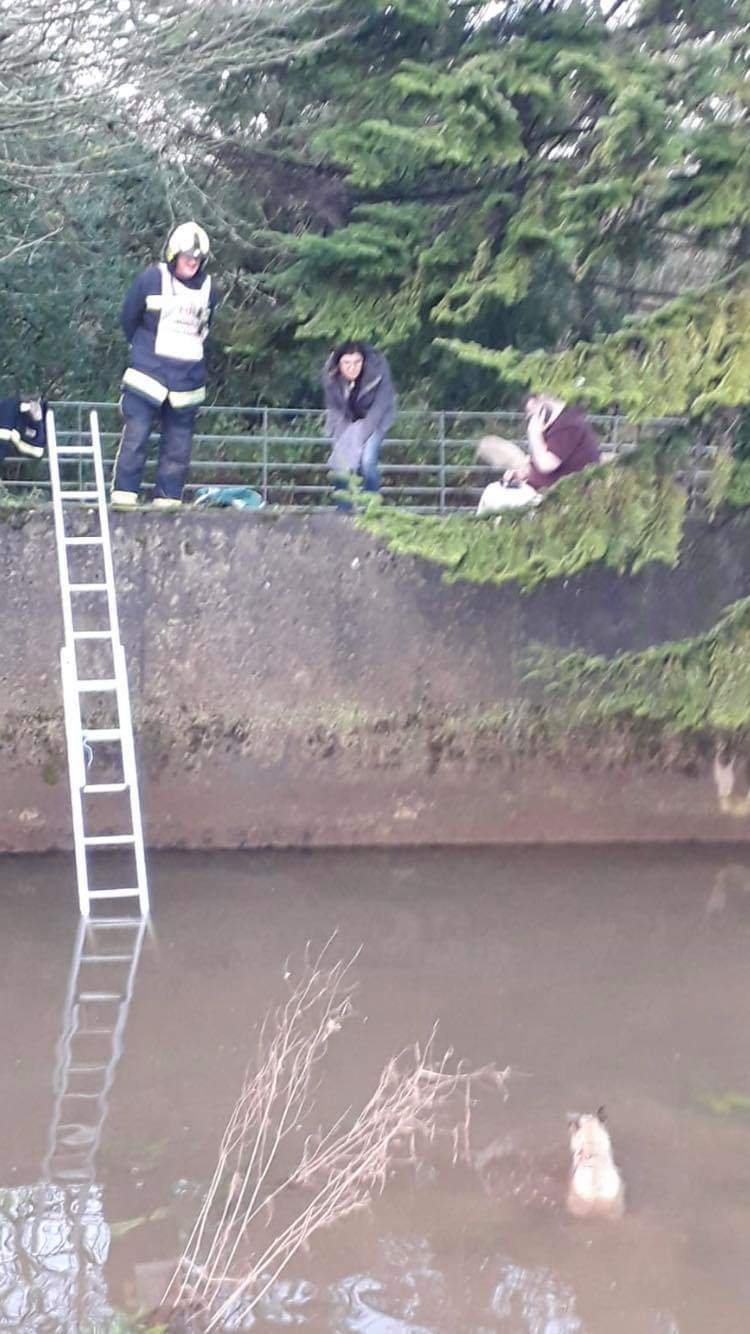 Blackawton Primary School, Totnes, have been awarded for their outstanding work through food with the inaugural Peter Melchett Award from the Soil Association’s Food for Life programme. Blackawton ha…

That’s the thorny question Teignbridge District Council’s Planning Committee will wrestle with when they consider a proposal for a 2.5-megawatt gas-fired power plant on a site near the Dainton Busines…

Plastic litter collected on beach cleans in Teignbridge is being recycled into marine plastic bins which are now positioned at many of the district’s popular beaches. As part of the Ocean Recovery Pr…