The fire service were called to reports of smoke coming from a property on Avenue Road at around 5.40pm this evening, Tuesday 16th July.

Two fire engines from Torquay were initally mobilised to this incident along with a supporting officer. 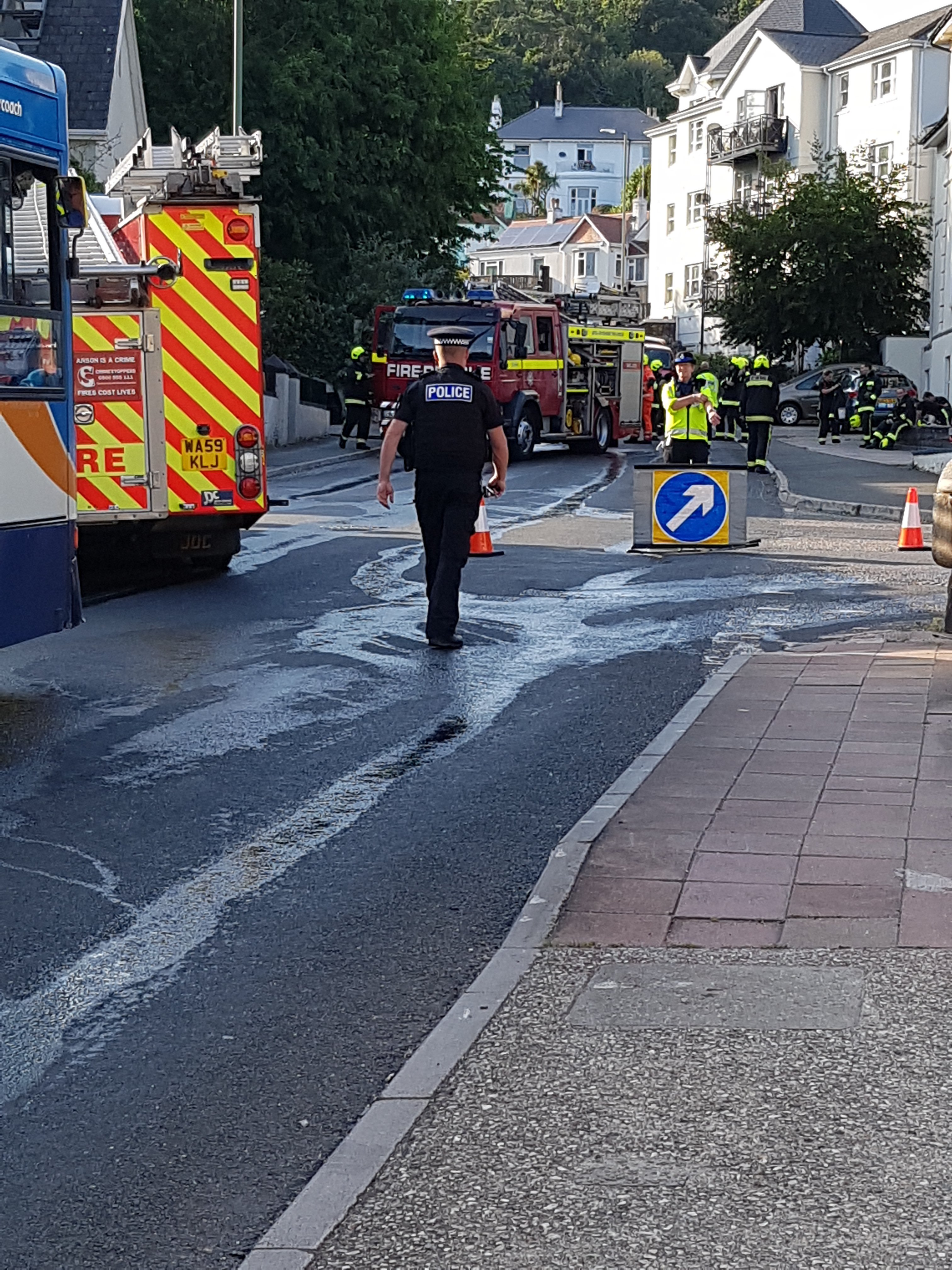 A further fire engine was requested by crews, which came from Paignton. The aerial platform from Torquay was also in attendance.

The fire service have said the fire involved and electrical fuse board causing 40% fire damage and 50% smoke damage to the first floor.

The cause of the fire was accidental.

Police were also at the scene assisting the fire service.

The Road was closed between Newton Road and Cleveland Road but is now open.