A missing cat has been reunited with his family after going missing from a cattery 5 months ago.

Leo escaped from a cattery near Shaldon in August.

He was captured using a humane trap on Saturday 23rd.

Posting on Facebook, page ‘Find Leo Missing’ said:
“Look who is back after 5 months, we are totally in shock, we followed up a sighting of a black cat at Archbrook nr shaldon, we managed to get hold of an humane trap which was put out yesterday afternoon, which was supplied by the cats protection, today we had a phone call at lunch time to say there was a cat in the trap we went straight over, collected the cat and went to the Blue cross rehoming centre in Torquay, where they kindly scanned to see if the cat was chipped well the proof was there it was Leo’s chip number, well you can imagine what happened next we were in tears and in total shock. Leo is in pretty good condition considering he has been living rough for 5 months. We cannot thank everyone enough it’s been the worst 5 months ever but it just goes to show never ever give up,” 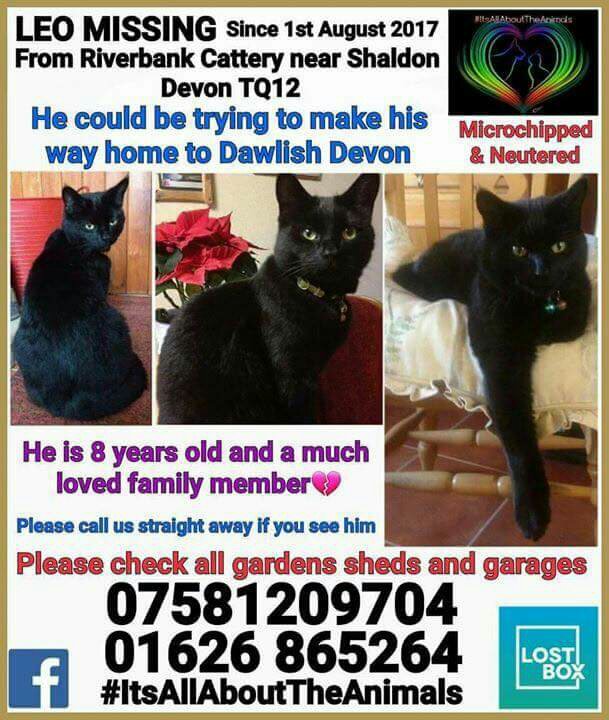 Just days ago, the family donated money to charities The Blue Cross and The Cats Protection after an insurance claim.

“Today my Mum has donated £1000 each to the Cats Protection and the Blue Cross, this money is from the insurance money which my mum was advised to claim for after the loss of her beloved boy Leo, who has now been Missing for 5 months after escaping from a cattery.

“Mum never wanted the money for herself she wanted to give it to two charities that give there time and dedication to looking after cats and kittens. Leo is still missing and we are still totally heartbroken.

“We won’t give up on our boy,” [From Find Leo Missing on Facebook] 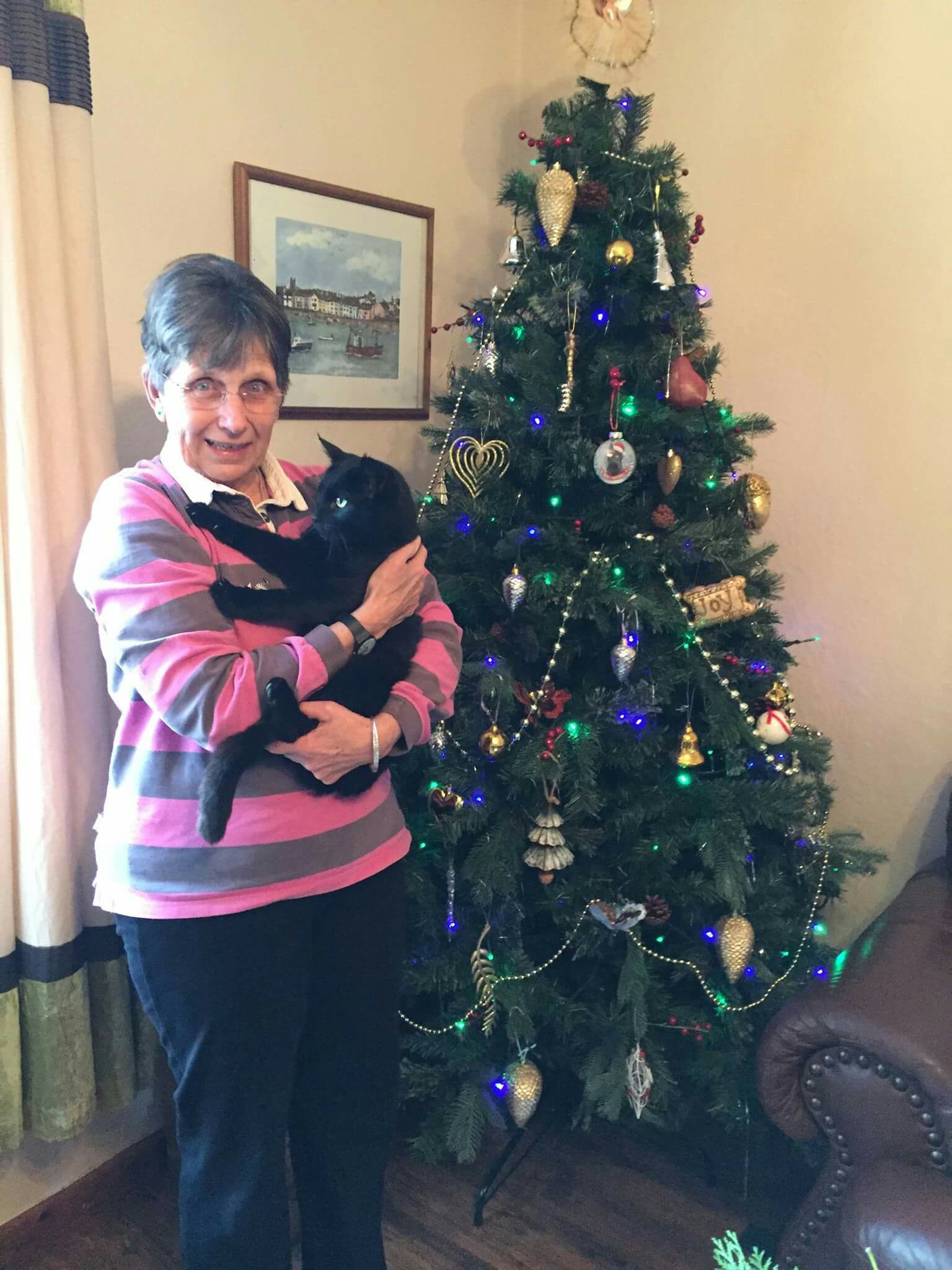 Leo is now back home in time for Christmas.