One week on from Storm Emma and the adverse weather conditions, work is continuing on Torbay’s recovery programme to repair the significant damage it caused.

Torbay Council has set up a Recovery Co-ordination Group that is meeting daily to address and prioritise work so it can repair as much as possible by the Easter bank holiday.

Elected Mayor, Gordon Oliver, said: “It’s been one week since the arrival of Storm Emma and it is clear that significant damage has affected Torbay. This will take time and resources to repair, but we are working as quickly as possible to do what we can before Easter.

“Throughout this difficult time, Torbay’s community spirit has shone through and I remain thankful to those who have given their time and money. We’ve seen great examples of people clearing debris on our beaches and Crowdfunding for places like Shoalstone Pool. It is heartening to see the community come together in this way.”

Some of Torbay’s most iconic landmarks were impaired by the storm. The foundations of Torre Abbey Bridge were damaged, but following thorough assessment repair work has begun and will continue during low tides.

Whilst Torquay, Paignton and Brixham harbours have been reporting business as usual, surveys of harbour fairways have been taking place this week to assess risks to navigation. Brixham Breakwater Lighthouse is currently out of action and repairs are ongoing. A notice has been sent to all mariners and the coastguard to inform them of the situation.

Remaining Highways issues include damage to Torbay Road on Torquay Seafront, where footways and the central reservation have been affected. The road is open and usable, and repairs will be scheduled in due course. Inspections are continuing on other parts of the network to ascertain whether there is further damage.

The Council has been working closely with TOR2 to clear debris caused by the adverse weather. Torquay seafront, Paignton Esplanade, Eastern Esplanade and Preston Green were cleared last weekend. Work is still ongoing at Preston and other places such as Goodrington and Oddicombe, where misplaced pavement slabs and kerbs, which have been badly damaged and cause a trip hazard, continue to be made safe and repaired. Following severe flooding, the temporary toilets situated at Goodrington South are being repaired and will be returned in due course.

The Beaches Team has been working hard to return beach huts after many were damaged and removed from their stands. It is now working on reinstating huts at Goodrington north. Every effort is being made to get as many beach huts ready by Sunday 1 April, but the majority won’t be in place until mid April. A timetable of when everyone’s beach huts will be in place is being worked on and this will be made available soon.

TOR2 is continuing to catch up with any waste issues after freeing up resources to deal with gritting the snow. Its fleet of gritters and operatives were out in all weathers before, during and after the storm to salt and plough the network.

Now the snow and ice has disappeared, waste collections have resumed and collections have been taking place all week. Anything that hasn’t been collected by the end of tomorrow will be collected next week, commencing Monday 12 March. Residents do not need to leave their containers out over the weekend and may wish to bring them in between 6pm on Friday 9 March and 6am Monday 12 March.

The Geoplay Park on Paignton Green was. fenced off yesterday and will be closed until further notice due to severe damage. A number of assessments, including a visit from the play safety inspector, need to take place before a detailed understanding of the damage and the repair work required is known. A number of volunteers were at the Geoplay Park to kick-start the clean-up operation and Torbay Council will continue to support the Paignton Town Community Partnership. 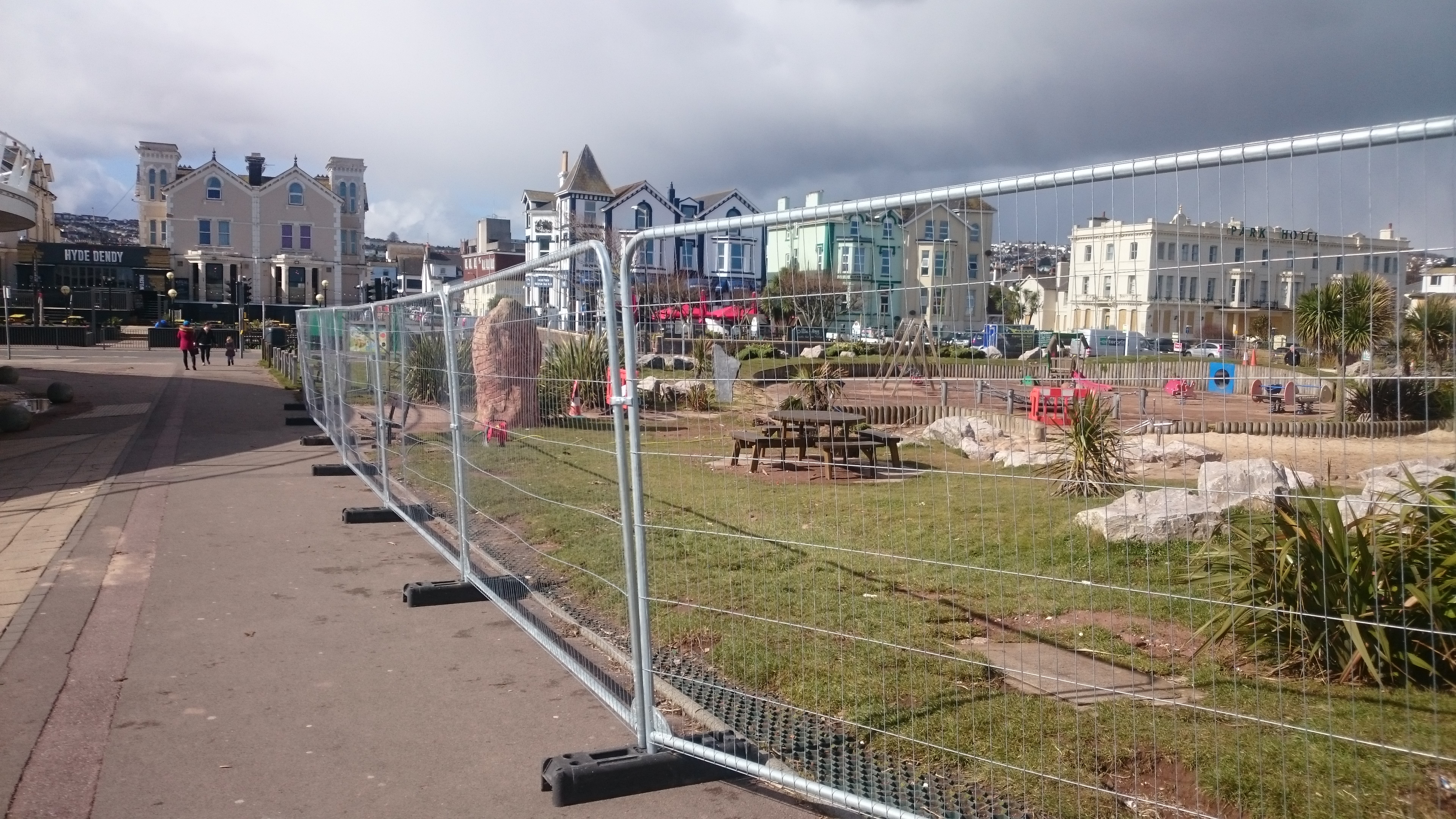 Torbay Council would like to thank residents and local community groups for all their help with the clean-up. Residents who are aware of any storm damage issues in their communities should contact their ward members.

If you own a business or are a tenant of the Council and have been affected by the storm, Torbay Council and TDA can offer support. Please call 01803 207948 for more information.