It’s always a pleasure to find the long heritage of Torbay Horror being continued- and a great relief to find the paranormal banner being raised again so efficiently. Shelley, Stevenson, Crowley, Lytton and Lumley- and now another locally-set novel by Torbay-based author Adam Nevill maintains that tradition. 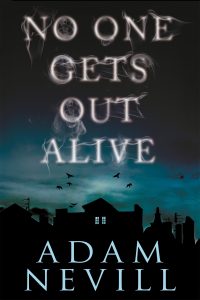 It’s also good to see a novel situated locally- in the Maidencombe/Shaldon area. This time it’s the supernatural thriller ‘No One gets out Alive’ from the award-winning writer of Last Days and The Ritual – the latter now being a 2017 movie. The novel has been described as “the ultimate haunted house thriller” and was first published in 2014.
Some very dark things are to be found in Adam’s imagination, and is well worth reading. But beware – this is an innovative and challenging novel and certainly not for the faint -hearted!

Here’s the plot: “Cash-strapped, working for agencies and living in shared accommodation, Stephanie Booth feels she can fall no further. So when she takes a new room at the right price, she believes her luck has finally turned. But (Birmingham’s) 82 Edgware Road is not what it appears to be. 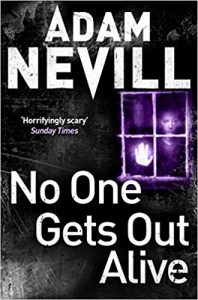 “It’s not only the eerie atmosphere of the vast, neglected house, or the disturbing attitude of her new landlord that makes her uneasy – it’s the whispers behind the fireplace, the scratching beneath floors, the footsteps in the dark, and the young women weeping in neighbouring rooms. And when the landlord’s cousin Fergal arrives, the danger goes vertical.

But this is merely a beginning, a gateway to horrors beyond Stephanie’s worst nightmares. And in a house where no one listens to the screams, will she ever get out alive?”

Several of Adam’s novels are set in the Bay- including the climate change Torquay nightmare of ‘Lost Girl’, and the supernatural Paignton stalking of ‘Under a Watchful Eye’. 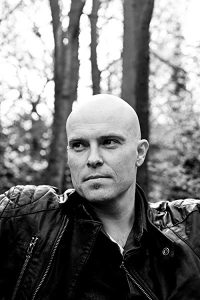 The Guardian has called Adam, “Britain’s answer to Stephen King” and, this time, it’s not an exaggeration. As King said, “If you want to be a writer, you must do two things above all others: read a lot and write a lot.” And Adam has certainly done his background reading, with past authors loved by horror aficionados name-checked in his writing – Arthur Machen and MR James, among others.

It’s good to see an author aware of his own tradition and going beyond the clichés of vampires and traditional hauntings. As Adam has certainly proved his reading and his writing is producing some great storylines, we can look forward to more from this accomplished Torbay writer.