Continuing our series looking at movies made in Torquay, here’s The Last Holiday starring Alec Guinness, long before he wielded the light sabre as Obi-Wan Kenobi in the original StarWars trilogy. 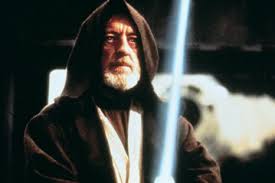 In Kind Hearts and Coronets Alec Guinness took on eight roles and became established as an acting force. A year later he surprised audiences by taking on the character of the mild-mannered George Bird in the Torquay-set The Last Holiday (1950). 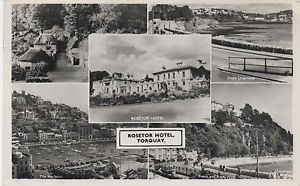 Alec plays a quiet salesman who is told he has only a few months to live after being diagnosed with the fictional Lampington’s Disease. His doctor advises him to take his savings and enjoy himself in the little time left. George buys £65 of new clothes and travels to Pinebourne, an exclusive resort with an elite clientele with whomhe has nothing in common. Pinebourne is, of course, Torquay and the up-market residential hotel he stays in is the Rosetor. The Rosetor was later demolished and the Riviera Centre now stands on the site. The Grand Hotel also makes an appearance. 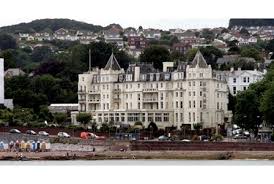 The well-dressed newcomer arouses the interest of fellow residents who are impressed by his good luck at croquet, poker and horse racing. Yet, he relates mostly to the clerks and maids, including the housekeeper Mrs Poole (Kay Walsh), while also resisting the attentions of one of the married guests (Beatrice Campbell). Sid James appears in a minor role.

During his stay George meets Sir Trevor Lampington, played by Ernest Thesiger. Ernest is best known for his performance as Dr Septimus Pretorius in the 1935 masterpiece The Bride of Frankenstein. Incidentally, the Pretorius role has been suggested as the first Gay character seen in a Hollywood movie, or as near to Gay as could be presented on-screen in 1935. Lampington was the man who discovered the disease George believes he has. However, he informs George that he has been misdiagnosed and won’t die. George is overjoyed at the news and plans a new life but, in a twist ending, he is killed in a car accident on the way back to the hotel. 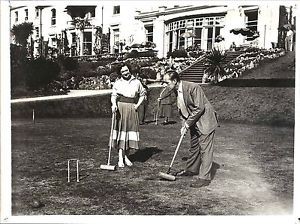 The Last Holiday is a sharp class satire full of social observations. For instance, George rebukes two machinery magnates for their use of cheap labour, and the hotel workers go on strike, forcing the guests to cook and clean for themselves. 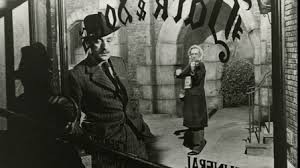 Significantly, the screenplay was written by JB Priestley, a popular left-wing radio broadcaster for the BBC and cofounder of the Socialist Common Wealth Party. The director, Henry Cass went on to direct horror films such as Blood of the Vampire and The Hand.

Unfortunately, though Last Holiday was well received by critics and art-house audiences in the US, it wasn’t successful in Britain. Today, however, it is seen as an example of classic 1950s cinema, with one critic describing it as “a perfectly constructed, witty and moving little drama as you’re likely to encounter anywhere”. Indeed, in 1950 the New York Times called the Torquay of the movie, “a swank seaside resort” with the actors showing insights, “into the foibles and follies of the human race… The performance by some very able actors adding to the pleasures of this film”.

If the plot seems familiar, in 2006 there was an American remake with Queen Latifah as Georgia Bird, LL Cool J, Timothy Hutton and Alicia Witt. Here’s the trailer for the 1950 version: