Police have appealed for information after vandals targeted Paignton and Dartmouth Steam Railway in Brixham.

Police are investigating two incidents. The first incident happened on Saturday 24 February 2018 between 8pm and 9pm. The offender/s have trespassed onto the land and caused damage to the tracks and structure in an attempt to take photographs.

The second incident happened between 1pm on Friday 2 March and 8am on Monday 5 March 2018. Unknown offenders have caused damage to a stationary train carriage with spray paint. 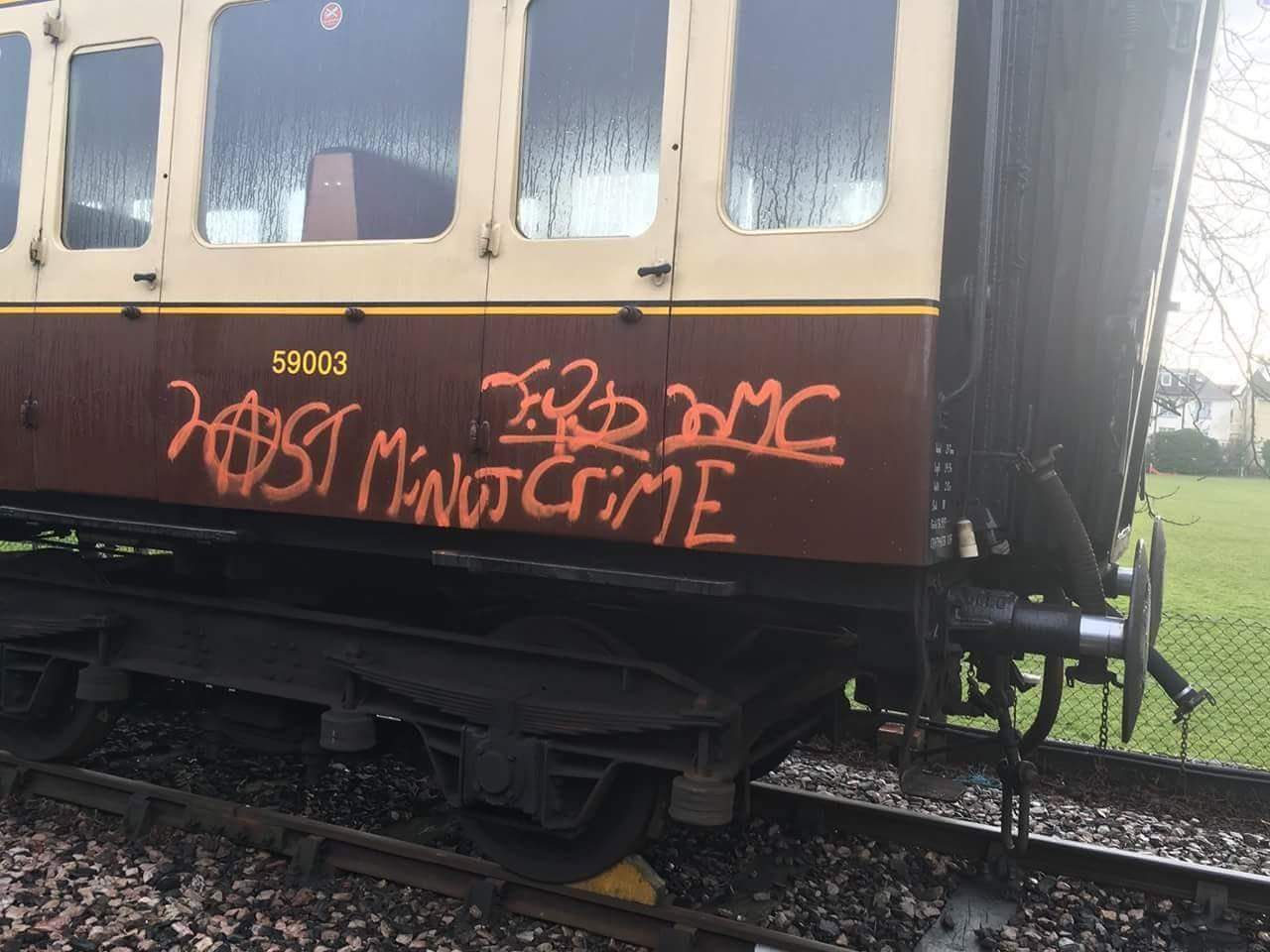 PC Phil Johnson said: “These are mindless acts and there seems to be no understanding of the damage being caused. The attached picture shows the tag used for the damage. We are appealing for information in tracing this suspect.

“We are also appealing for people to come forward with information on the first incident where someone has trespassed in order to take photographs.

Information can also be passed anonymously via Crimestoppers on 0800 555 111.