Broadsands beach was cordoned off earlier today after a suspected ordnance was found.

The incident happened this morning, Thursday 16th May.

The suspected ordnance was discovered by a member of the public who was using a metal detector on the beach.

Torbay Coastguard worked with police to cordon off the area.

The Royal Navy bomb disposal attended the scene and confirmed it was an old part of a pipe. 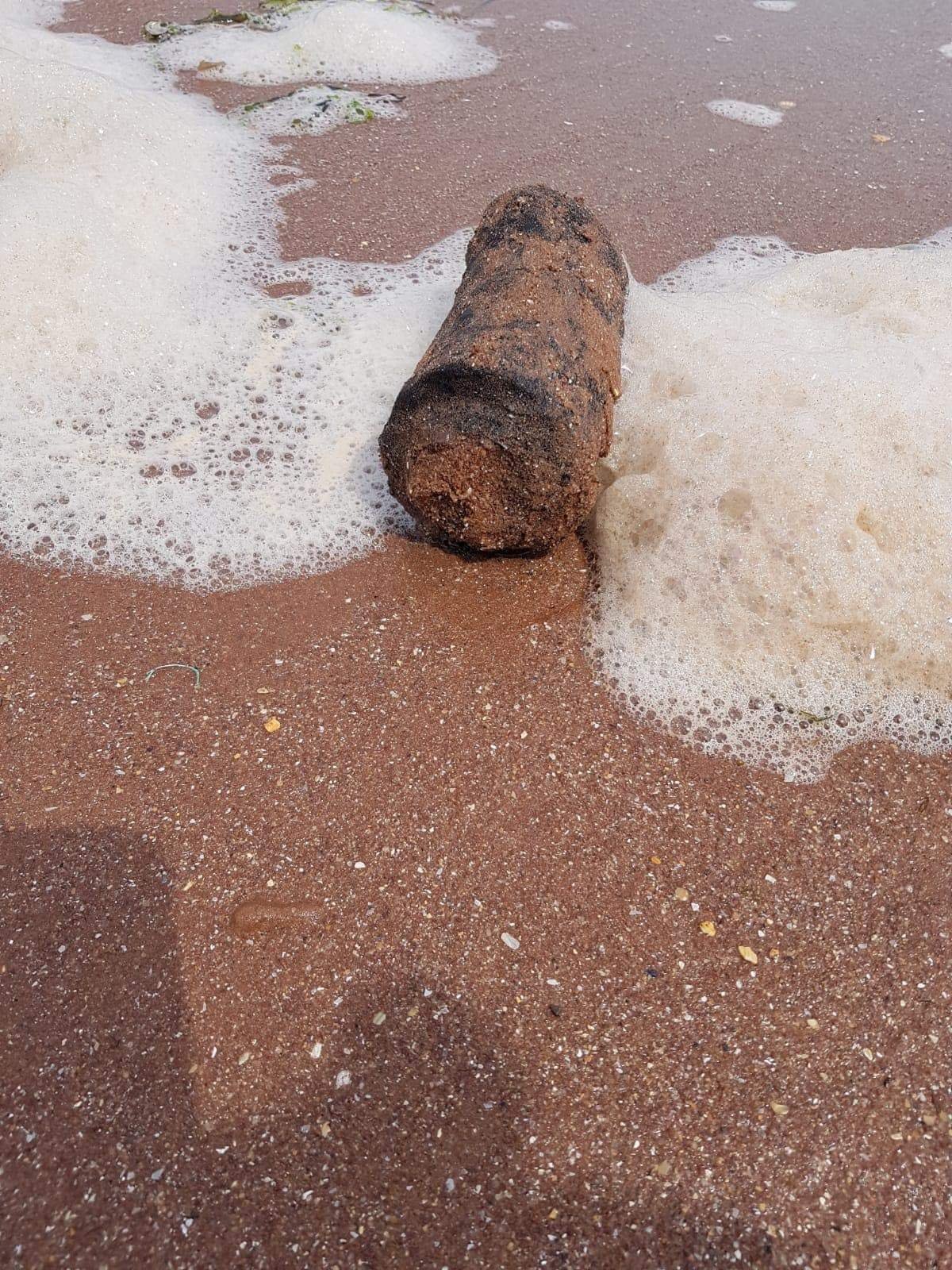 “We will always advise that if you come across anything that looks like it could be ordnance along the coast, do not touch or move the object as they could be volatile. Make a note of its location and dial 999 and ask for the Coastguard. Whilst in this instance the object turned out to be safe, you can see from the pictures it does look like ordnance,”