Those movies filmed in Torbay still keep coming to our attention.

One reason for this is that location data bases often don’t include movies made during the War- we didn’t want the Luftwaffe finding out where our finest actors were in a particular place at a specific time.

The other reason we may not be too aware of this film is that it stars Arthur Askey, a diminutive and truly acquired-taste comedian. With the exception of The Ghost Train – another South Devon-filmed movie – Arthur’s films now seem to be mostly forgotten. 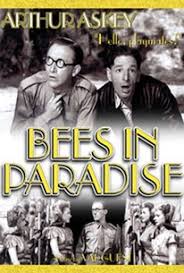 So here’s Bees in Paradise, a musical comedy wartime morale-raiser.

What we’re interested in is that the movie ‘s external shots were filmed on Babbacombe’s cliffs. There’s also a rugby scene 45 minutes in which could be in Watcombe (?) 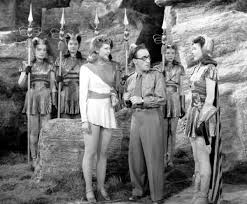 It’s set on a mysterious island where warrior women hold all the power and men are regarded as disposable beings useful only for breeding purposes- their mating rituals entail the death of all males by making them jump off a cliff.

Comic scenes follow when four airmen arrive on the island and become the object of native womenfolk’s desires. And, of course, Arthur finds the need to disguise himself as a female maid. 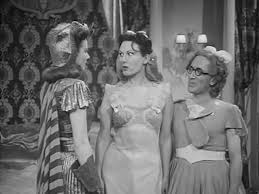 It’s a bit like a British Bob Hope/Bing Crosby/Dorothy Lamour ‘Road Movie’ and does reference that well-known American series. 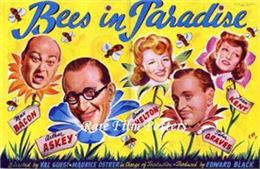 But before you think that you’ve stumbled across a feminist satire many years before its time: all the women are aged under 30; have cut glass accents; consistently wear miniskirts or shorts; sing a great deal; and perform jobs traditionally reserved for men to get a few laughs, rather than make any kind of satirical point – they play snooker and rugby, for heaven’s sake.

And here’s the whole movie:

Crowdfunder launched to feed most vulnerable in Torbay

Crowdfunder launched to feed most vulnerable in Torbay