Bilderberg: when Torquay ruled the world 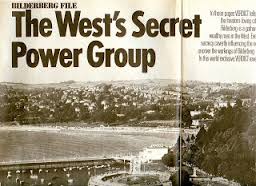 For a few days in 1977 Torquay ruled the world, or that’s what many thousands of conspiracy theorists would have us believe. 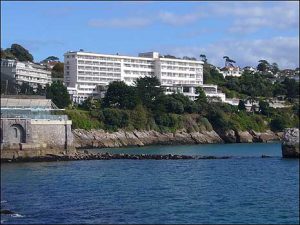 This is due to the visit to our town by the Bilderberg Group which held its annual conference at the Paramount Imperial Hotel (pictured above) between April 22 and 24. The Agenda for the conference looked at, “North American and Western European attitudes towards the future of the mixed economies in the Western democracies and the Third World’s demand for restructuring the world order and the political implications of these attitudes”.

At the time these topics seemed fairly innocent – even a little dull – and the event passed off peacefully. It’s only over the past decade that Bilderberg has become so contentious. 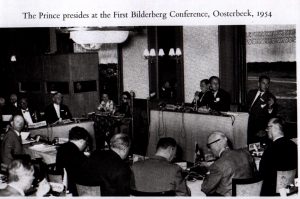 First, let’s look at the origins of the conference. The Bilderberg Group was initiated to promote networking events where leaders from Europe and the United States could come together to foster cooperation on political, economic and defence issues. To this end a conference of around 50 political leaders and experts from industry, finance, academia and the media takes place each year. The first conference (pictured above) was held at the Hotel de Bilderberg in Oosterbeek, Netherlands in 1954, hence the name. 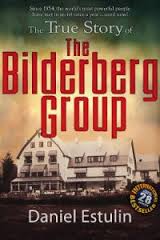 Conferences have since been held around the world, organised from the Group’s unofficial headquarters in Leiden in the Netherlands. In 2008 a press release from the ‘American Friends of Bilderberg’ stated that, “Bilderberg’s only activity is its annual Conference… at the meetings, no resolutions are proposed, no votes taken, and no policy statements issued”. It was pointed out that the names of attendees were available to the Press. The 1977 Torquay participants – including US Secretary of State Henry Kissinger (pictured below) and American banker and chairman and chief executive of Chase Manhattan, David Rockefeller whose estimated fortune was $3.3 billion at the time of his death in March 2017 – can be found at: https://publicintelligence.net/1977-bilderberg-meeting-participant-list/ 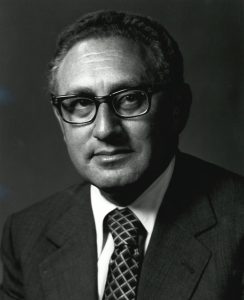 The Group insists it is merely a debating society – a forum for leaders to “listen, reflect and gather insights”. Bilderberg further claims that since its meetings offer an opportunity for participants to debate openly but discretely, without worrying that comments will be distorted by the media, no members of the Press are allowed. To defend this, journalists trying to interview participants have been arrested. However, this strict privacy has inevitably made the Group the focus of conspiracy theorists. Bilderberg has accordingly been accused of being an ancient (or modern) conspiracy of (delete as appropriate): capitalists; fascists; communists; Jews; Satanists; aliens; technocrats, and the cause of almost everything that has gone wrong… ever… anywhere… 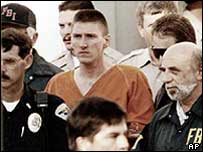 Specifically, some believe that Bilderberg is attempting to form a One World Government or New World Order. The Oklahoma City bomber Timothy McVeigh (pictured above) and Osama Bin Laden are among those that held this view. 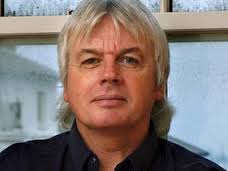 One notable Bilderberg-watcher is David Icke, (pictured above) former professional footballer and sports broadcaster. In 1991 David made the somewhat surprising announcement that he was a “Son of the Godhead” and began to develop a theory that the world was being controlled by a secret society of reptilian humanoids. He later identified particular closet reptiles such as George W Bush, the Queen, Kris Kristofferson and the country singer Boxcar Willie. The Bilderbergers are, of course, an integral part of this domination plot: “We have a European Union, centralised bureaucratic dictatorship, thanks to the Bilderberg group and its manipulation over decades.” 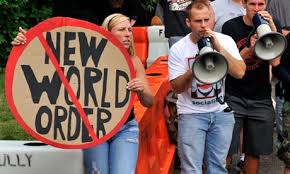 The internet is a fine breeding ground for these kind of theories and, consequently, Bilderberg conferences have attracted increasing amounts of unwanted attention. The annual get-togethers are now routinely ringed by security – the image (below) shows Austrian Police checking cars near the 2015 conference near the Austrian town of Telfs. 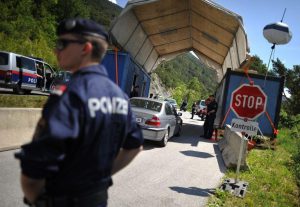 In response to the conspiracy theorists we have the forthright Dennis Healy. Dennis served as Chancellor to Harold Wilson and James Callaghan, attended the first Bilderberg meeting in 1954 and sat on its steering committee for forty years. “Lots of the stuff written about it is a load of crap”, said Dennis. “Those who weren’t invited were very jealous. Some people described it as a secret Communist organisation. Others said it was a secret American organisation. But it was balls.” 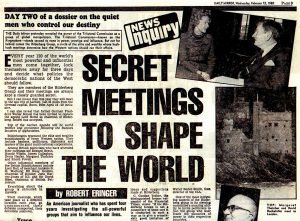 On the other hand, there is a bit of evidence here for those convinced of a secret plot, as Dennis (pictured below) also commented, “To say we were striving for a one-world government is exaggerated, but not wholly unfair. Those of us in Bilderberg felt we couldn’t go on forever fighting one another for nothing and killing people and rendering millions homeless. So we felt that a single community throughout the world would be a good thing.” 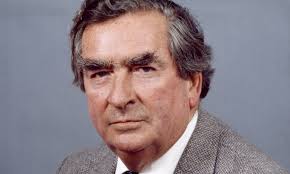 Due to this continuing debate about the true role of the Group, it’s unlikely that the Bilderberg conference will ever return to Torquay. Our town couldn’t be adequately sealed off from the thousands of protesters and journalists who continue their attempts to infiltrate the venue and expose the famous and powerful attendees. Accordingly, we’ll just have to be grateful that for a few days back in 1977 Torquay was chosen by the secretive world elite as their base for world domination.