A bingo hall in Torquay was temporarily closed following a stabbing outside today, Thursday 27th October.

The incident in Temperance Street happened at around 3.30pm

Gala Bingo was closed temporarily and the area cordoned off by police. 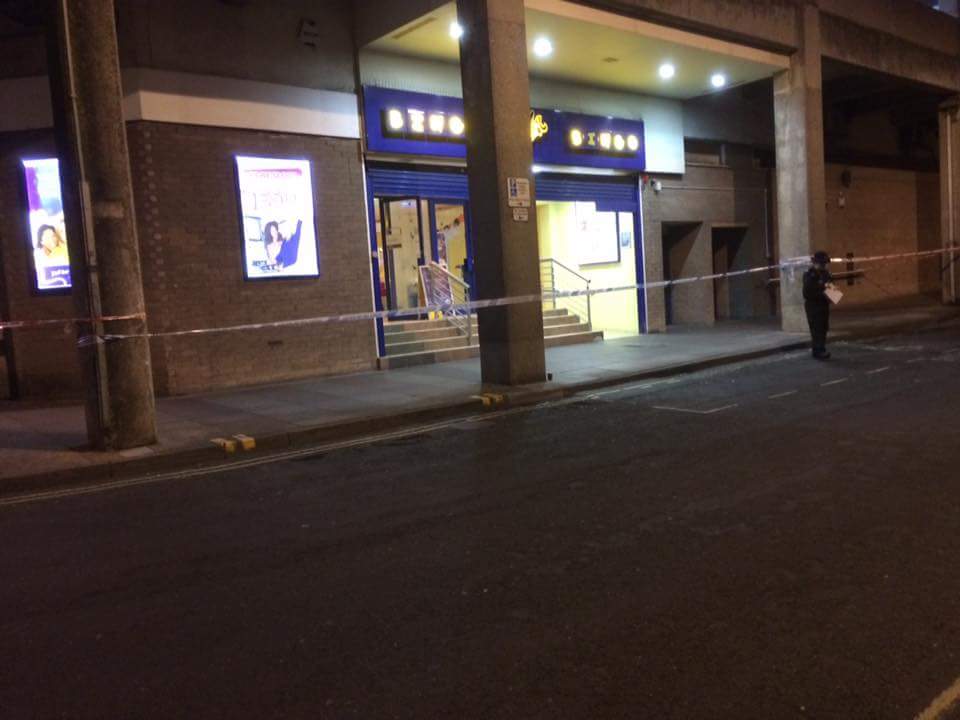 Scenes of crimes officers are reported to have attended the scene.

The bingo hall reopened to customers just after 7pm this evening.

Customers waiting outside were taken free coffee and chips until they were allowed to enter the building and normal service resumed.

The male victim suffered facial injuries and was taken to Torbay Hospital. His injuries are not thought to be life threatening.