The people of Liverpool have for generations holidayed in Torbay and it’s not unusual to hear that most noticeable of accents in our three towns. It was understandable then that the residents of Merseyside’s fictional Brookside Close would look to south Devon for their annual vacation.

Brookside was very successful and was for a number of years in the mid-1980s Channel 4’s highest rated programme, with audiences regularly in excess of nine million viewers. 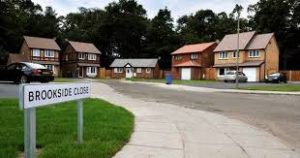 It became notable for its tackling of socially challenging issues. It was particularly well-known for being the first soap opera to show a pre-watershed lesbian kiss, domestic abuse, an openly gay character, and realistic drug addiction. They may have pushed TV’s boundaries a bit too far in 1996, however- the series experienced an extreme backlash from viewers when it featured a hugely controversial storyline of a consensual incestuous sexual relationship between two sibling characters.

The Bay would feature in a 1982 Episode (No. 361), written by Jimmy McGovern. Four of its characters – Harry, Ralph, Julia and Madge – enjoy a holiday in Torquay. They are seen travelling by train to Devon and then in a variety of locations across town.

In 1991, Kevin Carson asked if his character, footballer Geoff Rogers, could be killed off. As two other characters had already died that year, the producers decided he should leave on a more upbeat note – Geoff went off to join Torquay United. 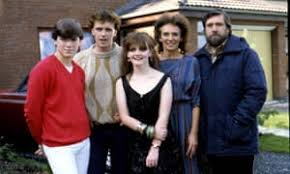 Although the series had a long and successful run, by 2000 its viewing figures were in terminal decline and low ratings eventually led to its cancellation in June 2003. The final episode was broadcast on 4 November 2003 and was watched by around two million viewers.

So what happened to the cast after Brookside emptied?

Louis Emerick Grant (Mick Johnson) stared in Last Of The Summer Wine, and in Coronation Street and as Liz McDonald’s boyfriend Mike Thornberry.

Claire Sweeney (Lindsey Corkhill) went straight into the first-ever series of Celebrity Big Brother in 2001 and has appeared in Mersey Beat and Clocking Off since. She was also in the West End musical Chicago and took part in Strictly Come Dancing in 2004.

Anna Friel (Beth Jordache) made her film debut Land Girls in 1998 and appeared as Charlotte Charlies in Pushing Daisies- she was also nominated for a Golden Globe. She’s more recently known for playing troubled detective Marcella. 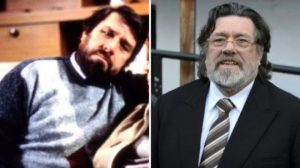 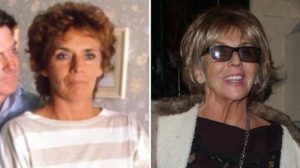 Brookside isn’t the only example of a TV appearance of our Bay – Coronation Street being another. Indeed, we shouldn’t underestimate the impact that featuring local sights can have on our tourism industry- free advertising on millions on televisions at peak viewing time.