It’s been a busy day for RNLI crews with 4 call outs in a matter of hours.

The first shout out was to the vessel ‘Toro Loco’ which was suffering engine failure.

Crews were then diverted to a woman who had got into difficulty whilst in her kayak near Berry Head. She was airlifted to hospital.

Four people were then rescued from rocks at Corbyn Head after being cut off by the tide. 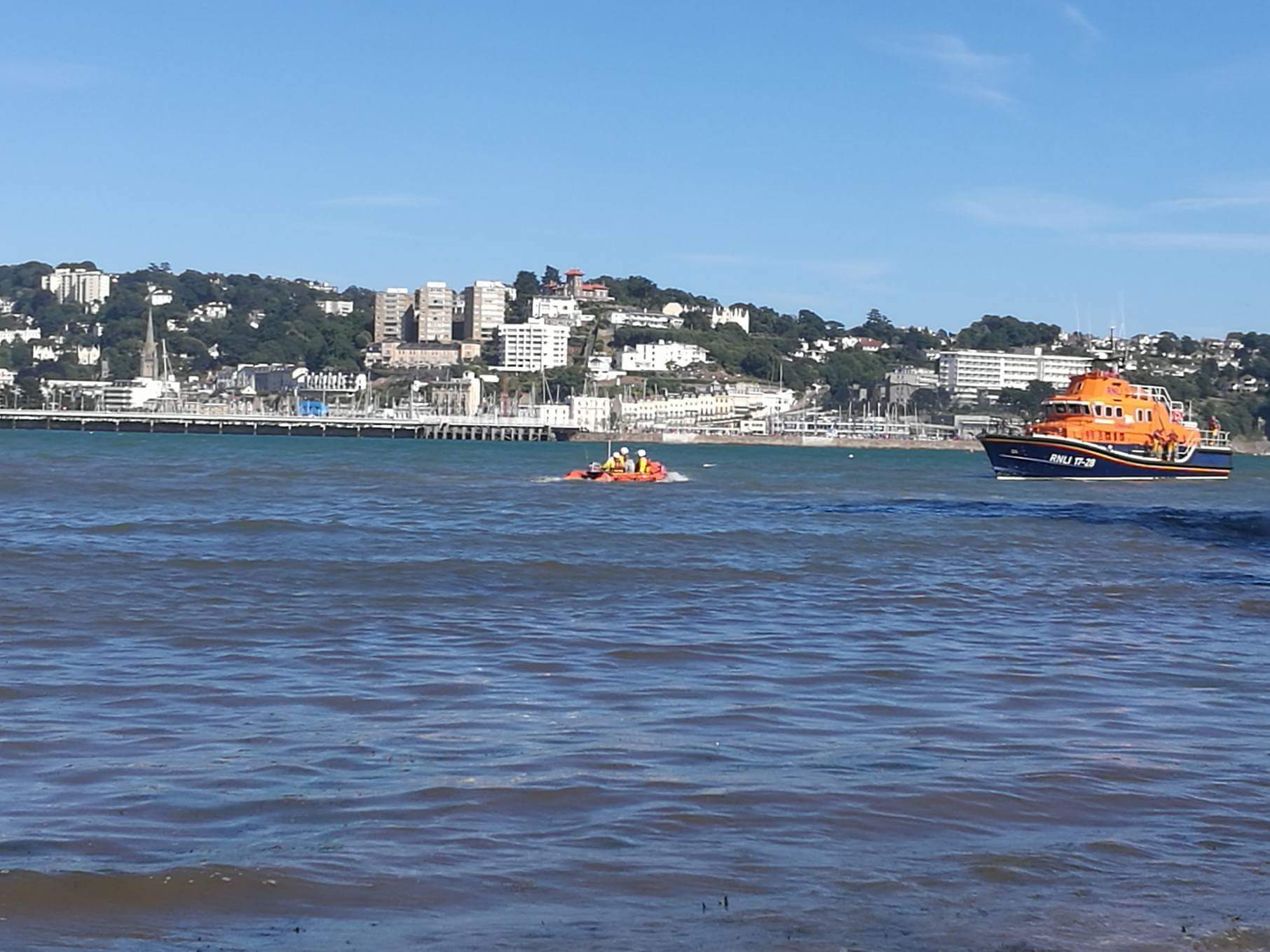 Next stop, Babbacombe to two people believed to be at risk, they were assisted to the short by RNLI crews.