A calf was saved from a barn blaze last night.

Fire crews from Newton Abbot and Torquay attended the fire at a farm near Denbury at around 10:30pm.

The small calf was rescued prior to the arrival of the fire service but treated by firefighters for a small burn on his face and blistering to his ear. 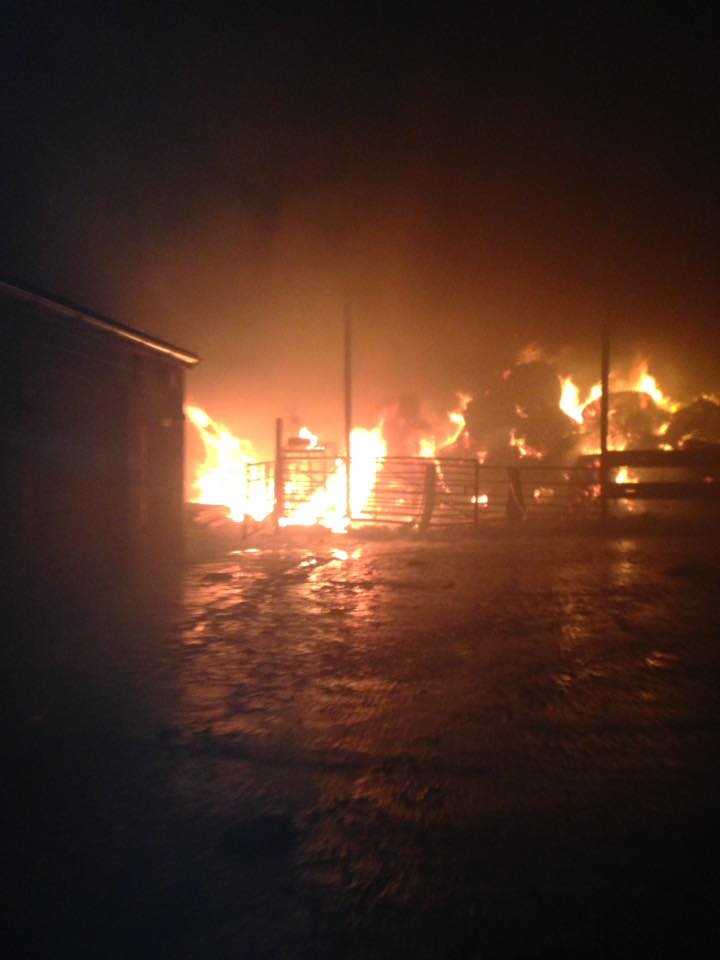 130 cows were in a neighbouring barn.

“At 22:30 last night (26 Feb 2017) both fire engines from Newton Abbot Fire Station along with one pump and a water bowser from Torquay were mobilised to a barn on fire near Denbury.

“Upon arrival crews were faced with a barn engulfed in flames being fanned by high winds. Our initial priority was to ascertain if any livestock were inside. Luckily a small calf had been rescued by a lady just prior to our arrival.

“The remaining 130 Guernsey herd were located in a barn around 3-4m from the effected barn. If required there was another exit from the rear of this barn.

“We positioned jets to protect these very curious cows as during the firefighting action they congregated near the firefighters to watch, they were very friendly, all taking turns to come and have a look.

“Back to the rescued calf. He had a small burn above his eye and blistering to his ear from the heat. He was rescued in the nick of time. Two of our crew applied burns gel which cooled the area. He was looked after throughout the incident by two very kind girls ensuring he was ok. He seemed to settle and curled up in the straw and went to sleep. A vet will check him over.

“We spent around 4-5 hours on scene to ensure the fire was fully extinguished,”