An Acer laptop worth £229 was taken from staples, Bridge Retail Park on 5th May at 4.30pm. 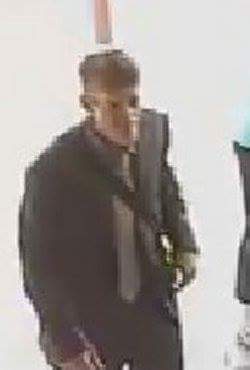 Police would like to identify the man in the picture and are asking for anyone who recognises him to contact them.
He is described as 5ft 7ins tall, of medium build with ginger hair. He was wearing a light suit with a tie and was wearing a bag across his body.

Anyone who can identify the man pictured, or who has any information which may help the investigation, is asked to email police at 101@dc.police.uk or call 101 quoting reference CR/29212/16