Police in Newton Abbot are appealing to the public for information that may help trace a suspect.

Police want to speak to Maurice Micklewright, 44 in relation to a serious assault and a burglary
offence. He is described as a white man, 5’8” in height, stocky build, with short dark brown hair. He has tattoos on both arms. 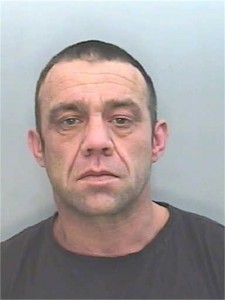 Police suspect that he may well be within the Torbay area, but he also has strong links with Exeter.

Extensive enquires to date have failed to locate him.

Anyone who sees Micklewright or knows of his current whereabouts is asked not to approach him but to contact police on 101 quotingcrime reference CR/44527/15 or alternatively call Crimestoppers anonymously on 0800 555111 or report online atwww.Crimestoppers-uk.org