Police have appealed to the public to help them locate a Paignton man who is wanted on recall to prison.

Charlie Waite, 22, was originally sentenced for taking a motor vehicle without consent and is wanted on recall to prison after breaching his release conditions. 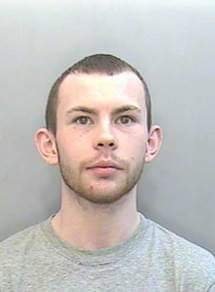 Waite is described as a white man, of slim build. He has short, dark brown hair and some facial hair.

Police are appealing to the public for information about his whereabouts and to report any sightings to them.
He has connections in the Torbay and Tiverton areas.

Anyone who sees Waite or knows of his whereabouts is asked to contact police via 101@dc.police.uk or by phone on 101, quoting log 912 15 March.

Alternatively information can be passed anonymously to Crimestoppers via 0800 555111