Emergency services were called to reports of a car which had left the road and gone over the cliff at Meadfoot, Torquay this morning.Police, fire crews, ambulance, RNLI, Coastguard crews and air ambulance attended the incident.A spokesperson for Devon and Somerset and Rescue Service said: “Fire Control received a call stating that a vehicle had gone off the road, down a cliff towards Meadfoot beach but had landed in a dense wooden area. 2 Fire appliances and the Aerial Ladder Platform (ALP) from Torquay and Paignton along with the Specialist Rescue Vehicle from USAR were mobilised to the incident. “Upon arrival it was established that the female occupant of the vehicle was free from the vehicle. She was being attended to by paramedics on scene. The Fire Service used the ALP and small tools to stabilise the vehicle and assisted the paramedics with the casualty.” 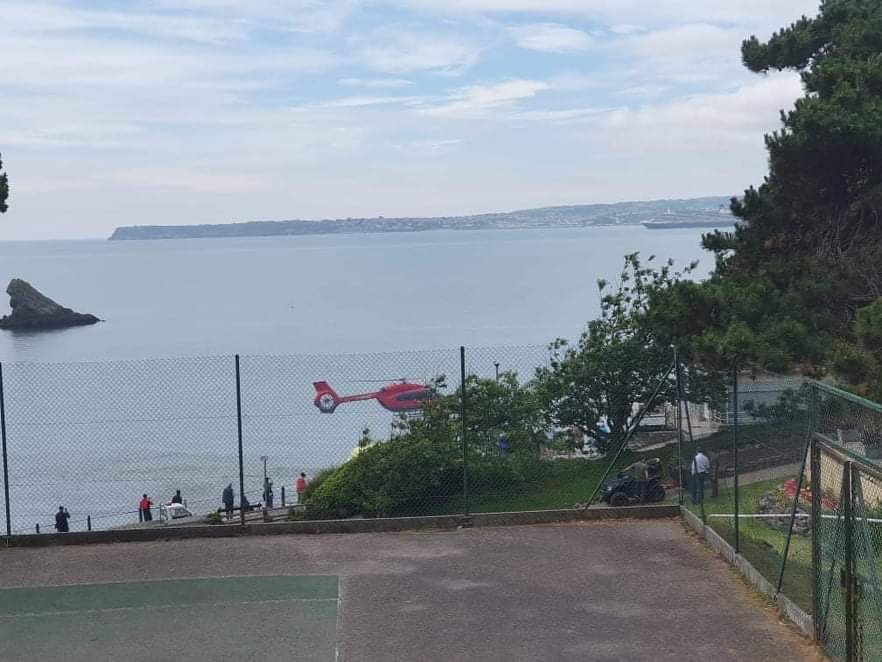 Police and Coastguard crews remain at the scene.Updates as more information becomes available.