A caravan was destroyed by a fire in Torquay in the early hours of this morning.

The fire service were called to the fire in Chapel Court at 00:43. One fire engine from Torquay and one from Paignton were mobilised to the incident. 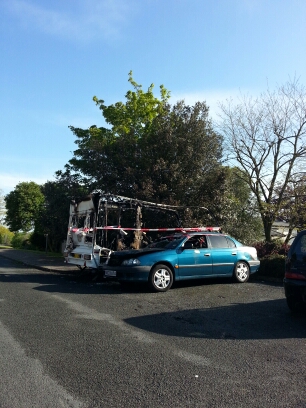 The caravan was destroyed by the fire

Crews found a caravan and one car were well alight and set to work to extinguish the fire.

They used 2 sets of breathing apparatus, 2 hose reel jets, and one covering jet and a thermal imaging camera were in use. 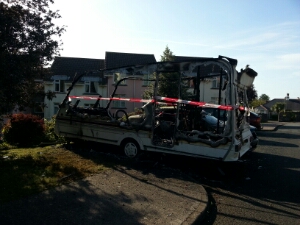 The caravan this morning