A cat was rescued from the River Lemon by the fire service today, 29th April.

One fire engine from Newton Abbot was mobilised at 8:40am to the incident near the job centre. 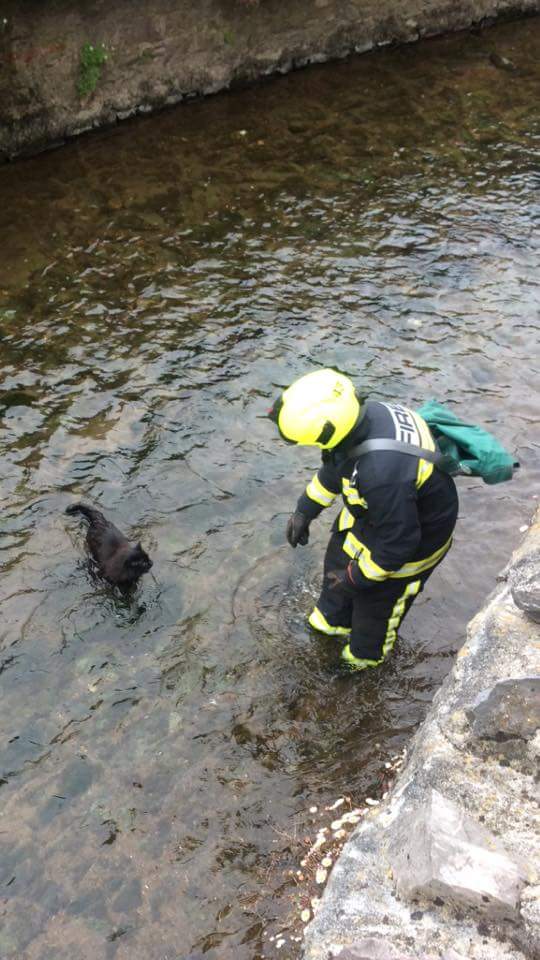 “Upon arrival the cat was only standing in about 10cm of water, but it’s was howling quite loudly in distress.

“FF Neal Lewis climbed down a ladder, picked up the cat and climbed back out of the river.
“The cat wasn’t overly thankful as it promptly ran off.
“The whole rescue only took around 2-3 minutes but we had quite a crowd due to the cats wailing,” 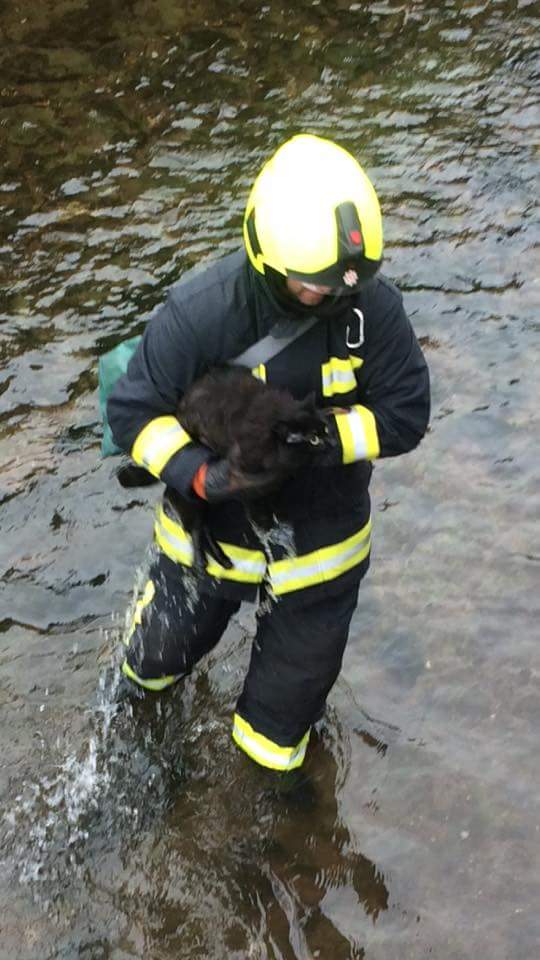 We hope the cat is feline better!