Newton Abbot Fire Station have posted photos of the moment a cat was rescued from a tree in Newton Abbot.

The rescue took place on 7th May just before 7pm in the Bradley Barton area. 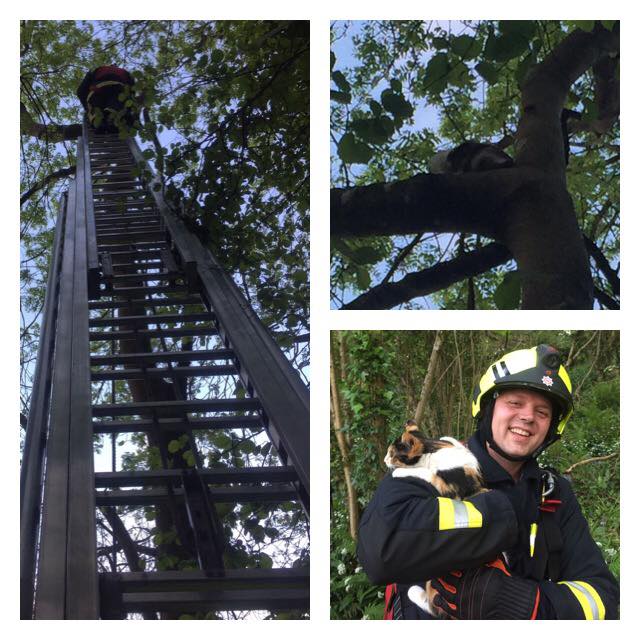 A spokesperson for Newton Abbot Fire Station said on social media:
“Fire fighter Samuel Malpass climbed the ladder and had to use food to coax the cat to him. Once he had hold of the cat he then came back down.

“This is not something we do often, contrary to belief. There is a strict criteria to adhere to before we are mobilised.

“However on this occasion the cat was grateful to its rescuers,”