A man has been caught on camera damaging cars in Torquay.

The footage, posted by Kirk Petrakis on social media has been viewed over 20k times since it was first posted earlier today. 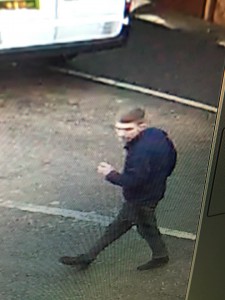 The incident happened around 1am on New Years Day. The man approached a car in Lower Shirburn Road and kicked off the door mirror.

Mr. Petrakis also posted that more than 10 cars were damaged resulting in Thousands of pounds worth of damage. The same man returned to the area later in the day, when more images were taken by CCTV.

The incident has been reported to the police who will be investigating.

What was Torquay's St Michael's Chapel actually for? Over the years it has been described as: a sea mark; a light house; a place for lighting a warning fire beacon; the abode of a hermit; a place o…

The Stronger Together: Festival of Co-Production Learning is showcasing the work of organisations around the country, including Ageing Well Torbay, with a series of virtual workshops and sessions. Th…

For the first time since 2018, bus route 65 is back on the roads in Torquay. The reinstated Torbay Community Development Trust bus service is now up and running on Tuesdays, Thursdays and Saturdays an…