Brixham Police have released CCTV images of 2 people they would like to speak to following a burglary in Brixham on Sunday.

The incident happened in the early hours of Sunday, 20th September, at the Co-op. Cigarettes and alcohol were stolen.

The images were posted on the Facebook page for Brixham Police 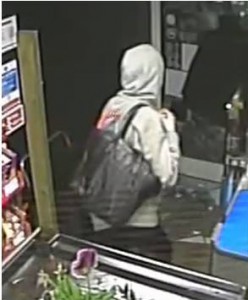 A spokesperson for Brixham Police:
“At 0324 hrs on Sunday 20th September a Burglary occured at Co-op, Great Rea Road, Brixham.
A male and a female forced entry to the store and stole a large quantity of Cigarettes and Alcohol”

Patient at Rowcroft gets a puzzling visit

Patient at Rowcroft gets a puzzling visit