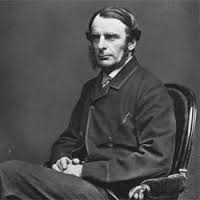 “No wonder that such a spot as Torquay, with its delicious Italian climate, and endless variety of rich woodland, flowery lawn, fantastic rock-cavern, and broad bright tide-sand, sheltered from every wind of heaven except the soft south-east, should have become a favourite haunt, not only for invalids, but for naturalists. Indeed, it may well claim the honour of being the original home of marine zoology and botany in England…” Charles Kingsley’s Glaucus; or The Wonders of the Shore 1855 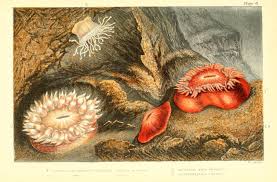 During the nineteenth century many literary figures based themselves in Torquay. And one of our most famous visitors was the Victorian clergyman, naturalist and author Charles Kingsley (1819-1875), who stayed for some time in what is now the Livermead House Hotel. 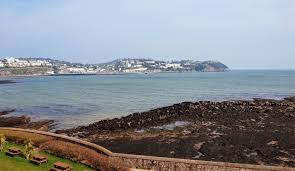 Charles came to Torquay in 1854 while his wife recovered from an illness which was put down to living in their damp Rectory home at Eversley. Torquay was accepted as a health resort and so visiting the Bay was seen as a cure. In Livermead Charles scoured the foreshore, cliffs, and caves for specimens of marine life. Though he saw the natural world as the work of God, he was enthusiastic about Charles Darwin’s new theory of evolution. This was unusual for clergymen of the time who generally took the Bible’s stories of the origins of Man literally and who saw us as a special creation and not as the product of millions of years of gradual change.

From Charles’ coastal explorations came a series of articles in the ‘North British Review’, subsequently published as ‘Glaucus: or Wonders of the Sea Shore’, which he illustrated himself. Some examples of Torquay’s rock pool life are illustrated above and below. After their stay at Livermead House the couple moved to Marystowe House in Babbacombe Downs Road as a guest of the Reverend William Grey. The House is now Coombe Court Guest House and has a Blue Plaque commemorating the stay. 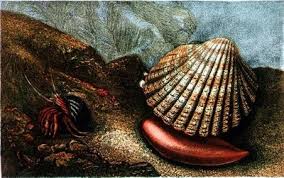 We have Charles to thank for the naming of the Hindu Temple Caves which are located by the Livermead Cliff Hotel. He described the caves as, “A labyrinth of double and triple caves like a Hindu temple.” They are now a popular Wild Swimming location as can be seen in this clip:

Charles’ interest in history is shown in several of his writings and novels, of which the best known are ‘Hypatia’, ‘Hereward the Wake’ and ‘Westward Ho!’ Incidentally, the latter led to the founding of the town by the same name – the only place name in England which contains an exclamation mark. Indeed, it’s one of only two place names in the entire world to contain an exclamation mark, the other being ‘Saint-Louis-du-Ha! Ha!’ in Quebec, Canada, which has two exclamation marks (!) 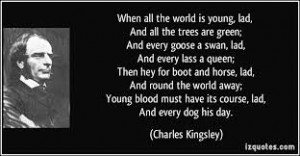 He also gave us a number of words still in everyday use, including ‘cuddly’ (in ‘The Water-Babies’), ‘unrealistic’ (in a letter of 1865), and ‘cataclysmic’ (in his novel ‘Yeast’); and he originated the phrase ‘eleventh commandment’. 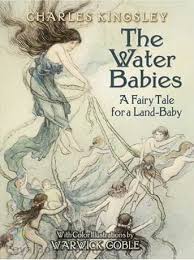 Charles’ type of faith was known as Muscular Christianity. This held that politics and religion were inseparable and that it was the Christian’s duty to improve social conditions. He was influenced by the theologian Frederick Denison Maurice – author of the radical 1838 book ‘The Kingdom of Christ’. Along with Maurice, Thomas Hughes, John Malcolm Ludlow and Charles Mansfield, Charles became a leading member of the Christian Socialist Movement which contributed to the formation of Working Men’s Colleges and Trade Unions. Under the pseudonym of Parson Lot he contributed to the periodicals ‘Politics for the People’ and ‘The Christian Socialist’. Notably, while in Torquay, our local churches were so alarmed by his views that they refused to allow the distinguished clergyman to preach.

Promoting improvements for the working class, Charles supported the co-operative principle and championed educational reform, sanitary reform improvements in the form of the provision of pure drinking water and proper management of sewage. 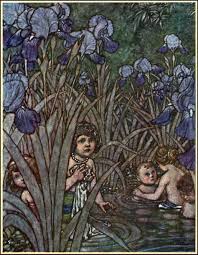 Such concerns can be seen in his great classic, ‘The Water Babies. A Fairy Tale for a Land Baby’. This was written by Charles for his own young son and shortly after he had been made tutor to the Prince of Wales.

This may just seem like a fairytale about a boy chimney sweep. Yet, this was a children’s story that caused outrage when it first appeared in 1863. It described the poor children who were used as human chimney brushes. When they died, they became water babies, small amphibious cherubs which travelled to Heaven via a journey upstream along the Great River. 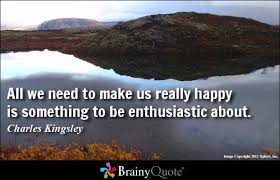 The main character Tom the chimney sweep attracted the attention of the public to the plight of chimney sweeps and child labourers. Children were apprenticed to the master sweep who employed climbing boys to go up chimneys to dislodge soot – boys as young as four being expected to climbe hot flues that could be as narrow as 81 square inches. Accordingly, the boys often climbed in the nude, propelling themselves by their knees and elbows which were scraped. They could get jammed in the flue, suffocate or burn to death. Also, as soot is a carcinogen and the boys rarely washed and slept under soot sacks, they were susceptible to Chimney Sweeps Cancer. 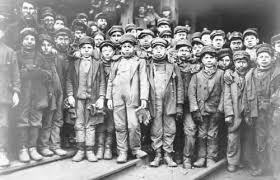 The story used Darwin’s Theory of Evolution while being one of the earliest attacks on pollution. By criticising child-labour it has been credited with making the passing of the ‘Chimney Sweepers Regulation Act’ of 1864 possible – the Act was made law a year after the novel appeared. This prohibited the use of children as chimney-sweeps, though another act had to be passed in 1875 to strengthen the first. 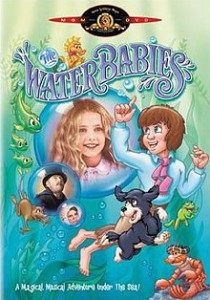 ‘The Water Babies’ changed the law and saved lives. In 1978 a live action-animated film came out. Though very loosely based on the book – in the movie Tom survives – here’s the trailer: