Top medical experts have warned that teens whose parents or caregivers smoked are four times as likely to have taken up smoking.

Analysis has also shown that early teens whose main caregiver smoked were more than twice as likely to have tried cigarettes (26 percent vs 11 percent ) and four times as likely to be a regular smoker (4.9% vs 1.2%).

A new government Better Health Smoke Free campaign has launched today (28 December 2021) as leading family doctors warn of the issues facing the children of smokers – and calls on people to help prevent this by quitting in January.

In a new film released today, NHS and behavioural health experts discuss the link between adult smoking and the likelihood of children in their household becoming smokers. This includes family GP Dr Nighat Arif, child psychologist Dr Bettina Hohnen, and smoking cessation experts Professor Nick Hopkinson and Dr Anthony Laverty of Imperial College London, who have called on parents in particular to give up smoking in the new year in order to set a good example to their children.

Maggie Throup MP, Parliamentary Under Secretary of State and Minister for Vaccines and Public Health, explained why the campaign is launching now:

“We know that many people make a quit attempt in January, and while there are so many good reasons to stop smoking for yourself, we hope that this new campaign – by highlighting the inter-generational smoking link with parents influencing their children – will be the added motivation many need to ditch the cigarettes for good this year. With so much help and support available for parents, carers and anyone looking to quit – including the NHS Quit Smoking app, support on Facebook, daily emails and texts, and an online Personal Quit Plan – you won’t be alone in your New Year’s resolution.”

“Smoking is terrible for your health but it also has a negative impact on people around you.

“Most people know the dangers of second smoke but we should not overlook the impact that parents have as role models. Every parent wants what is best for their child and will not want them to become smokers. By stopping smoking now, parents can help break the pattern of smoking in their family across the generations, protect their children and improve their own health.”

The film forms part of the Better Health Smoke Freecampaign from the new Office for Health Improvement and Disparities (OHID) in the Department of Health and Social Care, and aims to give smokers a strong motivation to quit in January, offering free and proven NHS resources and advice.

The campaign comes as the most recent data from the Office for National Statistics shows that one in eight adults in England still smokes. There has been a complex picture of smoking patterns since the pandemic, with high rates of quitting but also high levels of relapse and signs of a rise in smoking rates among younger adults.

“Our research findings are clear – adult smoking has a tangible impact on children. Children whose caregivers smoke are four times as likely to take up smoking themselves.1 The most effective way to help prevent this would be for adults to quit smoking – clearly not only does this have enormous benefits for them but it will also benefit their children both now and in later life.”

Dr Bettina Hohnen explains how parents’ behaviours can have a huge impact on their children’s’:

“Even if we don’t directly expose children to second-hand smoke, or believe we are hiding our smoking by not smoking directly in front of them, it can still have a major impact and children can pick up the behaviour without you even being aware you’d had an influence. Children copy their parents’ and carers’ behaviours, so it’s important to model the behaviour you want from your child – or we can pass on behaviours without even realising. Actions really do speak louder than words, so if you don’t smoke, you will significantly reduce the chances of them taking up smoking in the future.”

“One in eight adults in England still smokes, and it remains the leading preventable cause of premature death. Stopping smoking is one of the best things you will ever do for your health, and it’s never too late to quit. If you want to quit smoking for your family or for your own health this January, you’re not alone. The Better Health campaign provides tons of proven support and resources from the NHS which can help you quit for good.”

Georgina from Harrogate, North Yorkshire, is 35 and stopped smoking in January 2021 after being a smoker since she was only 16. Her nephews inspired her to quit:

“After 15 years of smoking I took the decision to quit because I really didn’t want to pass the habit on to the children in my life. I was totally unaware at first, but over time I noticed that my 7- and 4-year-old nephews were watching me smoke. I am a big influence in their lives so obviously I was worried they’d one day pick up smoking too. In the end I quit smoking – both for my own health but for my nephews as well. When I felt ready to start my stop smoking journey, I turned to the Better Health website, and looked at the different resources they had available to help me build confidence and give myself the best possible chance of quitting.” 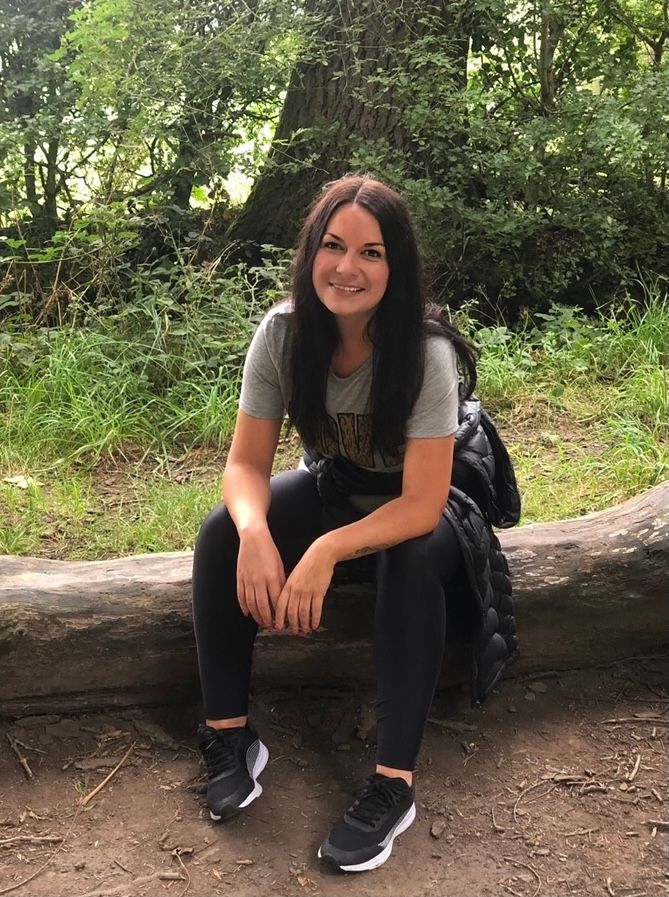