On the outside St Luke’s Church in Torquay looks very traditional, built in local grey limestone with a slate roof. 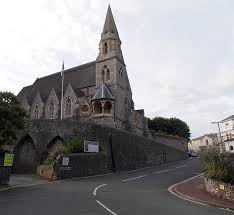 But inside it’s quite extraordinary and is one of our town’s hidden gems. Built in 1863, it’s a good example of a late nineteenth century enriched interior with unusual short cast-iron columns on deep plinths. 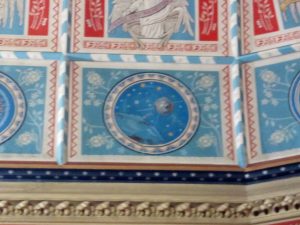 There was, however, a fire in 1964 and that’s when the Church gets a bit eccentric. 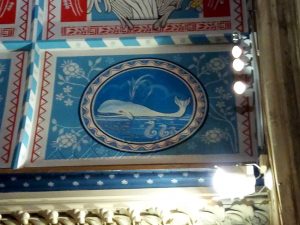 The nave has a wagon roof with moulded ribs springing from corbels and the painted decoration was restored after the 1964 disaster. These stencil and freehand paintings include references to W(h)ales- the minister was apparently from Wales – and, most bizarrely, features an image of the Sputnik, the first satellite put into space by the Soviet Union in 1957. 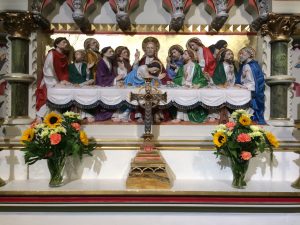