‘Christmas by the Sea’, a programme of creative workshops and performances throughout the bay finished with a wonderful finale of festive live music. On Saturday 16th December Torre Abbey’s Spanish Barn was crammed with over 140 people, sparkling fairy lights and filled with the aroma of mulled wine as they enjoyed the recital of Sufjan Stevens delightful Christmas songs, including a song about a magical unicorn, and a selection of more traditional carols. The orchestra was made up of a handful of families who came together to perform as the Unidentified Family Orchestra and was accompanied by the Choral Engineers, Torre Abbey’s own in house choir. 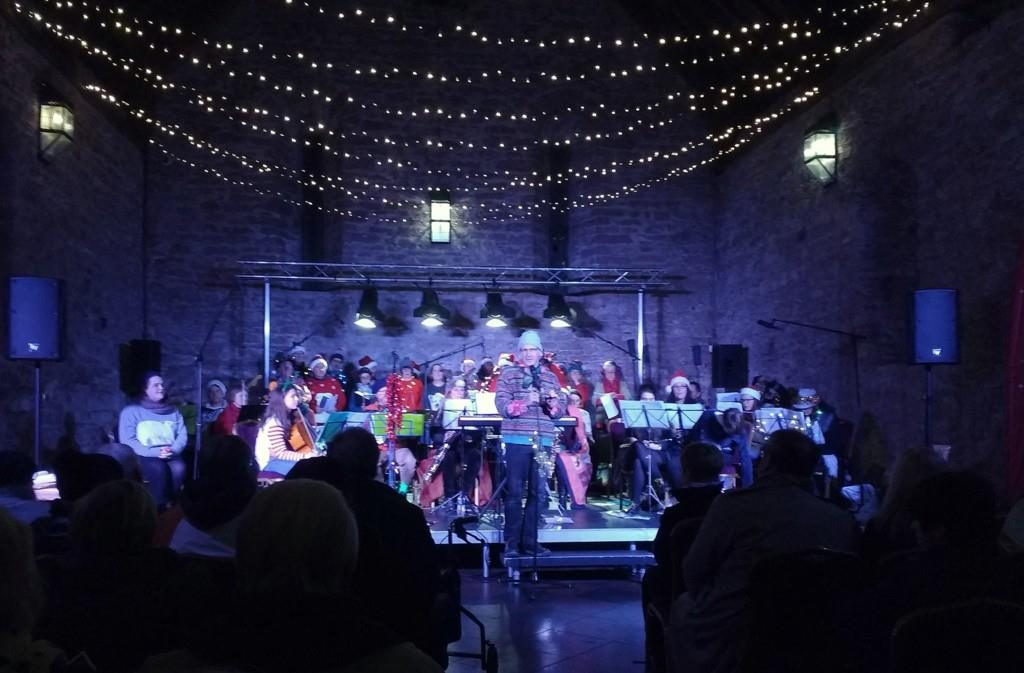 Torbay’s Elected Mayor, Gordon Oliver, said: “Christmas by the Sea captured not only the festive spirit but elements of what makes Torbay such a wonderful place to work and live. Feedback has been extremely positive and we look forward to the event returning next year. Be sure to follow the project to stay up to date with plans for next year through social media and atwww.christmasbythesea.org.uk” 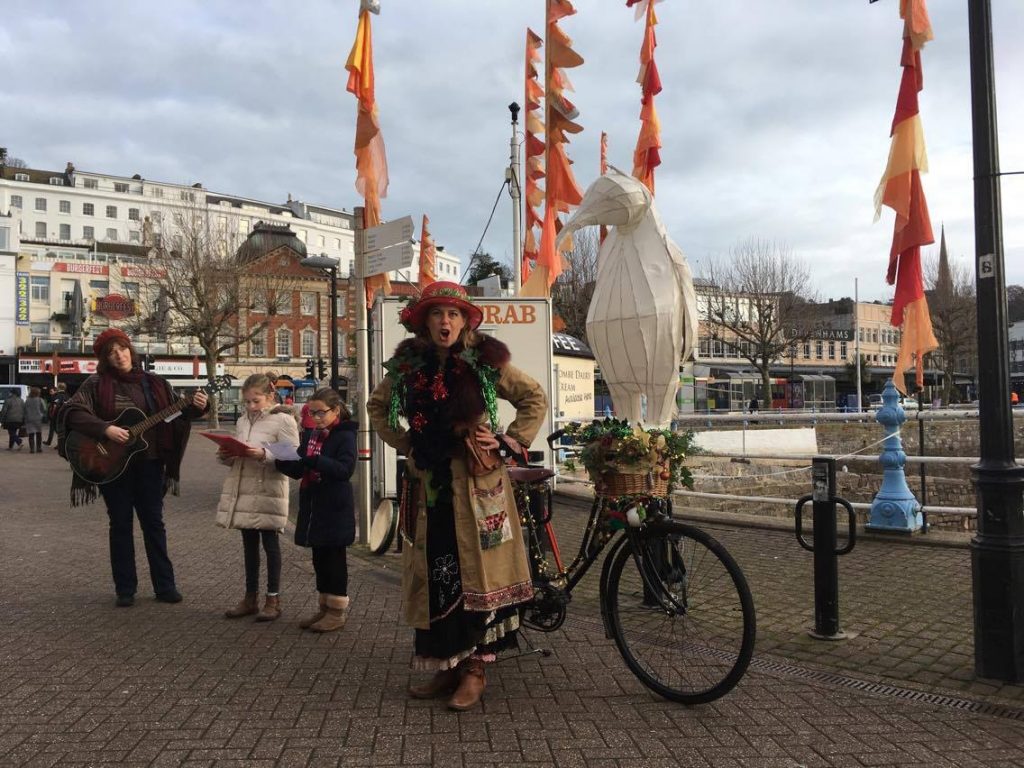 Despite the slight chill it was a wonderful performance enjoyed by all and was a fitting finale to the project. Christmas by the Sea, a council initiative funded by Coastal Communities Fund, Arts Council, Exeter University and Torbay Culture Board has seen numerous wreath making workshops throughout the bay, festive storytelling trail around Torquay Harbour and 800 free lantern making kits sent to schools in addition to public workshops which then culminated in a wonderful lantern procession through Paignton town centre. The project also supported Brixham Edge’s community grotto which has been enjoyed by hundreds in the week prior to Christmas. 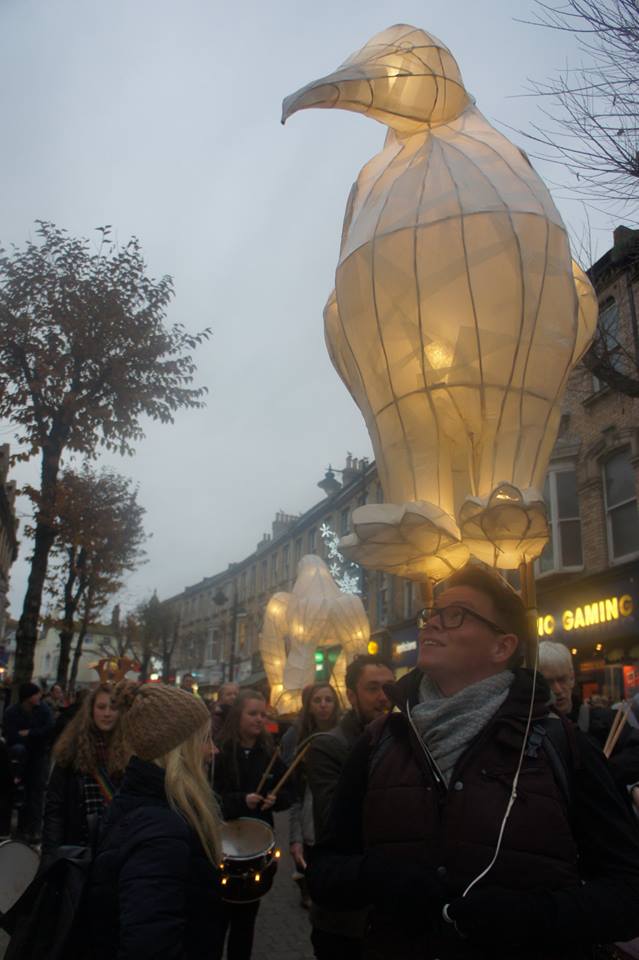 Hugh Nankivell, Bournemouth Symphony Orchestra associate who curated, rehearsed and led the performance said, ‘’ We sang a mixture of traditional christmas songs (I Saw Thee Ships, Silent Night etc) alongside nine songs by Sufjan Stevens celebrating the diversity of this mid-winter, pagan, commercial and religious festivity we celebrate together. Over a hundred souls came along and joined us in the special place that is the Spanish Barn, and joined in with the carols, played pass the parcel, greeted each other and warmed themselves on the sustenance of music and hot water-bottles in equal measure!’’. 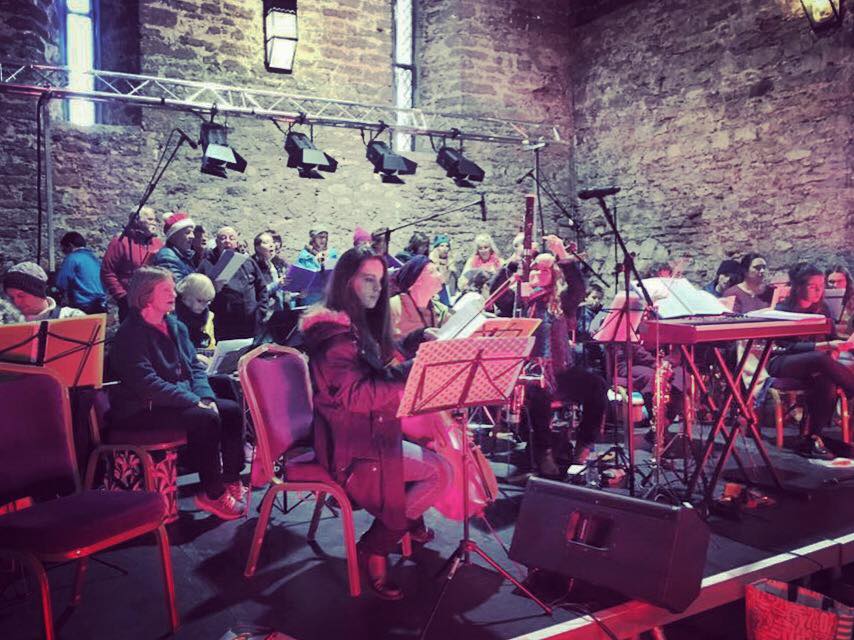 In total over 2500 people have directly enjoyed the programme which has delivered high quality festive activities for free or for just £5.

Be sure to follow the project of social media to stay up to date for next years plan. www.christmasbythesea.org.uk