A Torquay man shot in the head in Antigua on Christmas day is back home in the UK and ‘has even managed to eat something’ says a spokesperson on a Facebook page set up to update people on his progress.

Christopher Tester, 37,  was shot in the head during a robbery at his parents’ restaurant in Antigua on Christmas day. He was flown back to the UK today by air ambulance on Monday, 2nd January.

A crowdfunding campaign raised over £100000 to pay for his flight.

A spokesperson said:
“Hi everyone,

“Another quick update for you so we can keep you all in the loop on Chris’s progress.
We’re so pleased to let you all know that Chris is doing really well. Better than we had ever hoped.

“He’s been speaking a few words and has even managed to eat something. This really is quite incredible. We’re still waiting to find out how his eyesight has been affected by his injury. Obviously we have to take each day at a time and hope that Chris continues to recover as well as he has already.

“We were sent some photos of the air ambulance that your generous donations helped to fund. Just to give you some idea of what Chris flew back to the UK in. Again we thank you from the bottom of our hearts. This wouldn’t have happened without your help,” 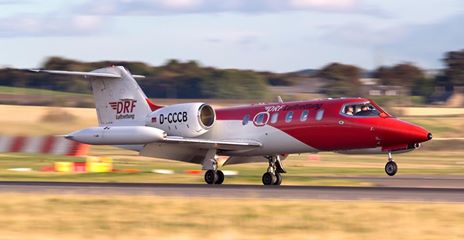