Emergency services were called to reports of a person who had slipped on cliffs in Torquay yesterday, Thursday 12th October. 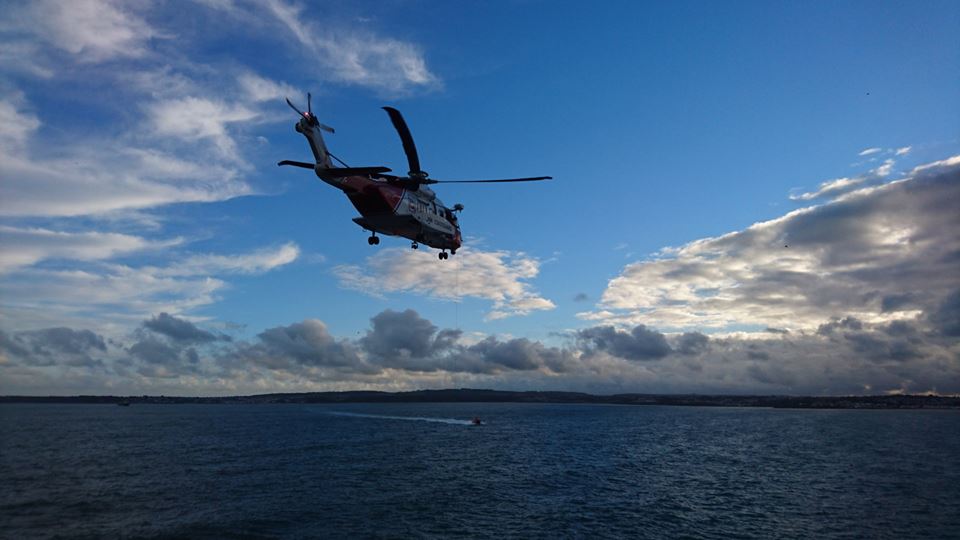 The man was winced to safety and taken to hospital.

Torbay Coastguard posted on Facebook:
“We were tasked by Maritime and Coastguard Agency to assist Devon & Cornwall Police with a male who had slipped on the cliff at London Bridge, Berry Head Coastguard were also tasked.

“Team members liaised with police whilst the rest of the team carried our cliff rescue equipment to the location. We sent a cliff edge officer to the casualties location and he managed to lower a rope for the casualty to secure himself until R924 was on scene.

“RNLITorbay and ILB where standing off to assist if required. HART and South Western Ambulance Service NHS Foundation Trust were also on scene. R924 then winched the casualty off the rocks whilst Berry Head Coastguard prepared a landing site at Daddyhole plain, the casualty was then transferred into an awaiting ambulance before being taken to hospital,”

Adding:
“Remember in a coastal emergency, if it’s at Sea, Beach, Harbour, Coastal Path/Cliff or Tidal River. DIAL 999 AND ASK FOR THE COASTGUARD,”