A coach, reported to be used by Torquay United as their team bus was destroyed in an early morning fire in Torquay today, 7th September.

The fire service was called to Barton Garage Services at around 1.40am this morning. 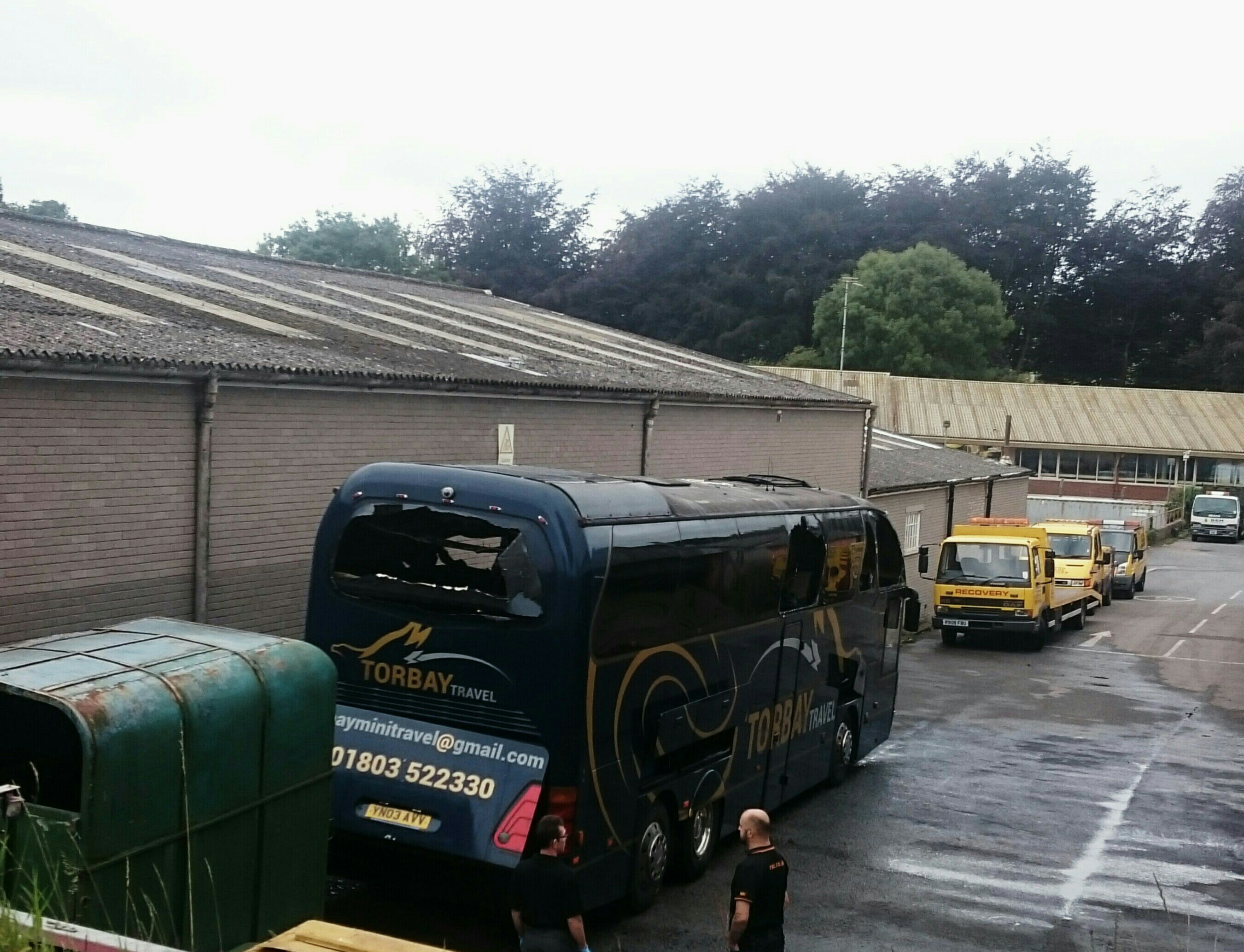 2 fire engines from Torquay and Paignton were initially sent to the incident, followed by a third engine due to the fire being in close proximity to an industrial estate.

The police also attended the scene for traffic control.

The fire service have stated that the coach was 80% damaged by heat and smoke.