Coastguard crews were called to Berry Head today, Sunday 9th December to reports of a Dog tied to railings and concern for the dogs owner.

The dogs owner had been climbing and was safe and well. 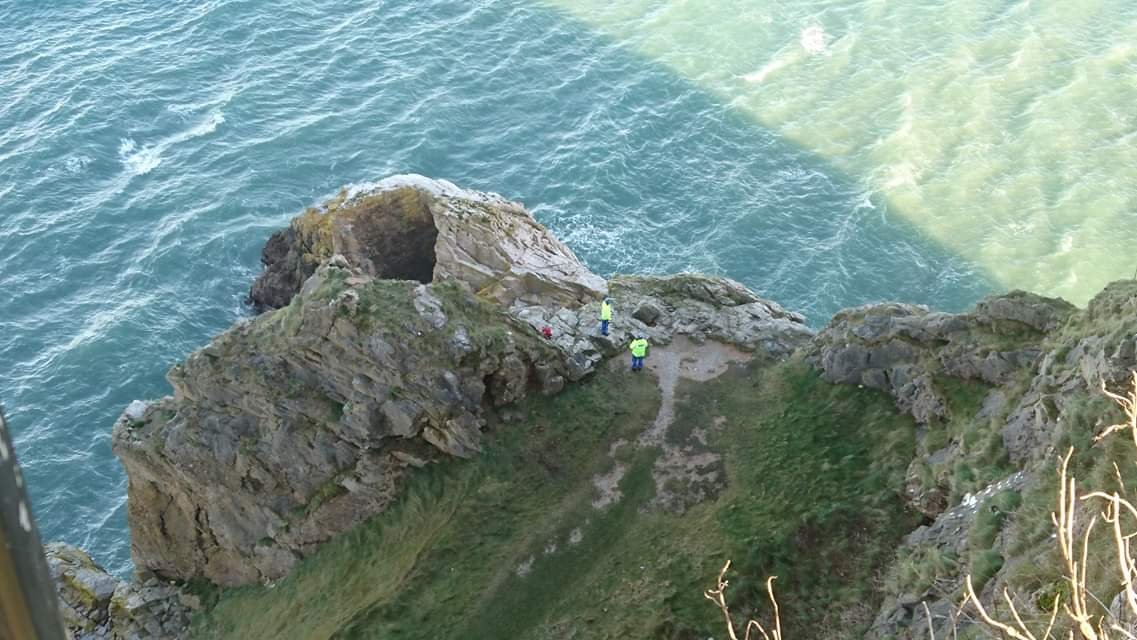 Torbay Coastguard explained on social media: “We were tasked by Maritime and Coastguard Agency to back up Berry Head Coastguard to reports of a dog tied to railings by Berry Head Lighthouse. On arrival a two stake hold fast was set up and cliff technicians wearing our cliff harnesses searched the edge to try and locate the owner. Torbay team members relocated to the quarry to also try and locate the owner, whilst NPAS flew overhead. Members of the public took the dog to the cafe, after further investigation it was apparent that the owner, who was not too happy, was climbing the cliff whilst his dog was left at the top with food and water. False alarm with good intent,”