Coastguard crews were called to Scabbacombe Point today, Tuesday 20th February, after a dog fell over a cliff.

A jack Russel terrier had fallen through the undergrowth and become stuck on a cliff ledge. 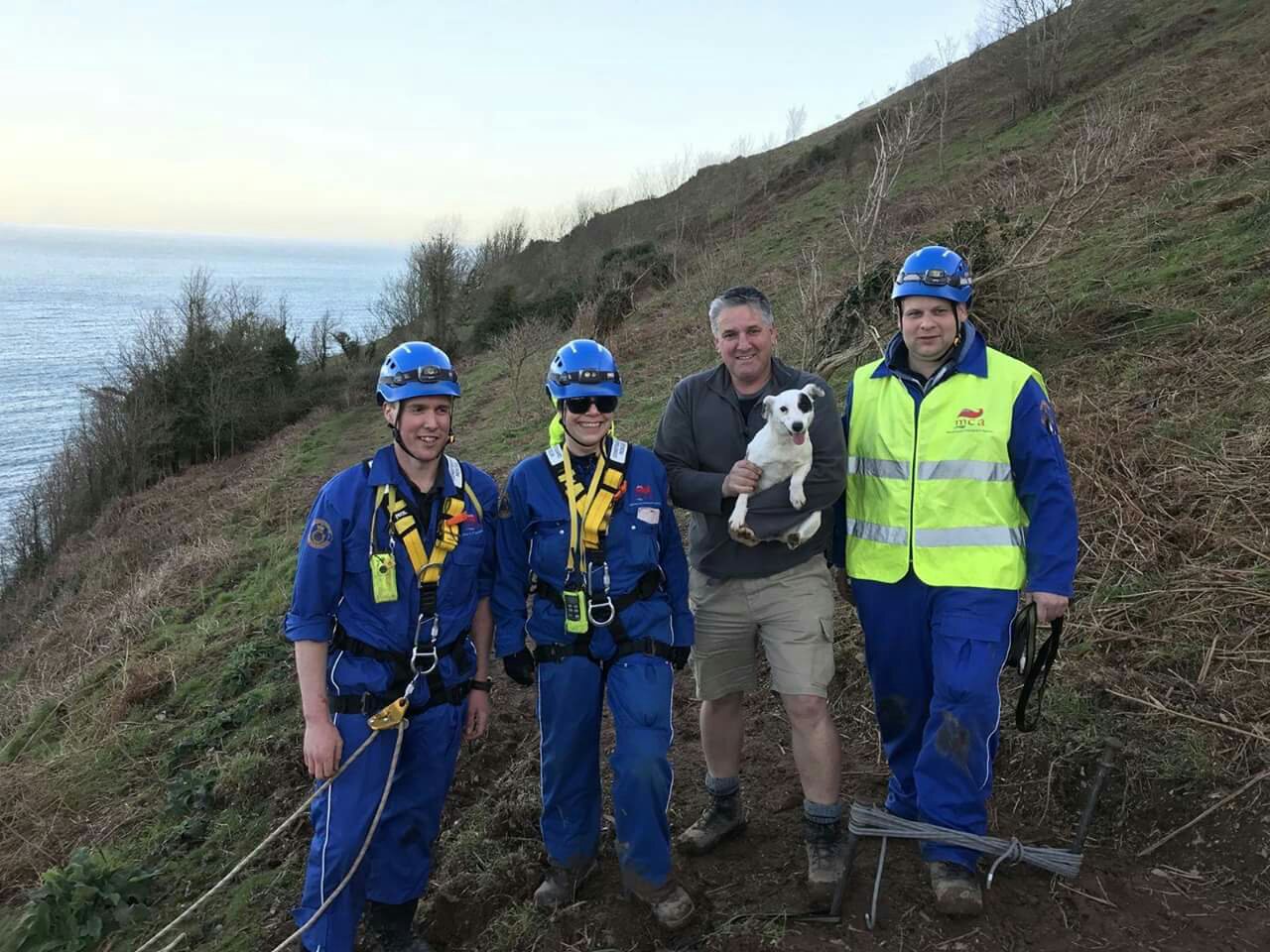 Torbay Coastguard said on Facebook: “We were tasked by Maritime and Coastguard Agency to back up Berry Head Coastguard and Dartmouth Coastguard-Search and Rescue with a dog over the cliff at Scabbacombe Point.

“Teams first on scene located the dogs owner to establish where the dog was, then put in a two stake hold fast to enable the cliff technician to go over the cliff edge. Thankfully the cliff tech was able to coax the dog to his location and was able to safely recover it.

“Please remember if you are walking your dog near the cliffs keep them on a lead, if your pet does get stuck don’t attempt to rescue it yourself call 999 and ask for the coastguard,”

This was the 19th callout for Torbay Coastguard this year.