Torbay Coastguard had their first call out of the year today after a dog went over the cliff at Walls Hill, Torquay. 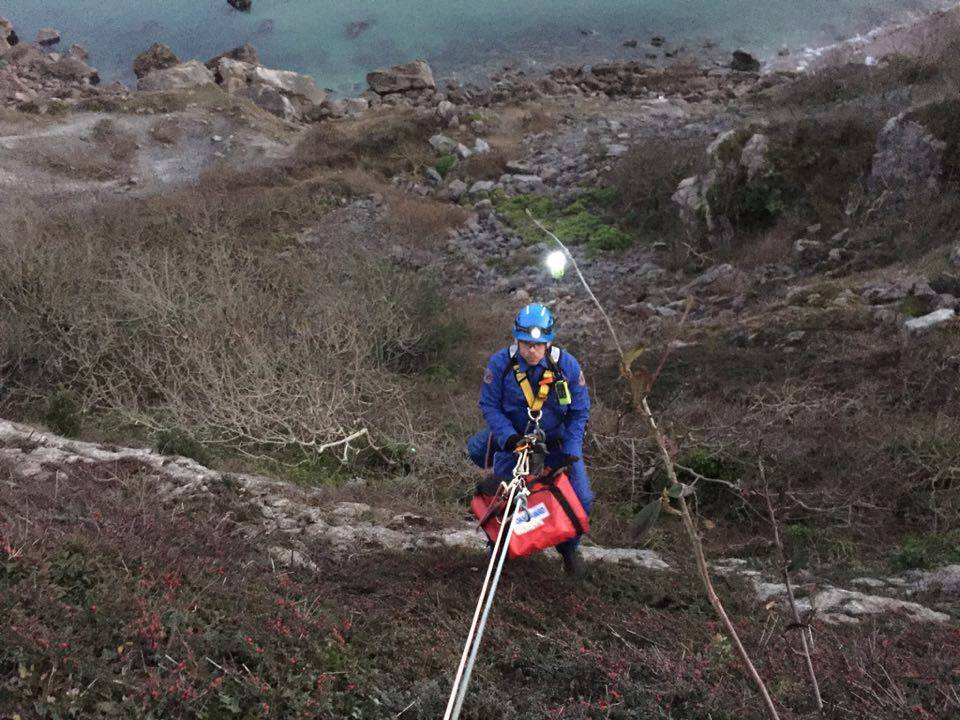 A spokesperson for Torbay Coastguard said on their Facebook page:
“Team members first on scene made contact with the owner to try and locate the dog, once located we put in a two stake hold fast and edge safety whilst the cliffman got ready with the dog rescue bag.

“The cliffman was lowered to the dogs position and spent the next half hour trying to recover the dog, who had fallen into a rabbit hole. Eventually after securing the dog safely into our rescue bag they were both winched back to the top of the cliff where the owner was reunited with her dog,” 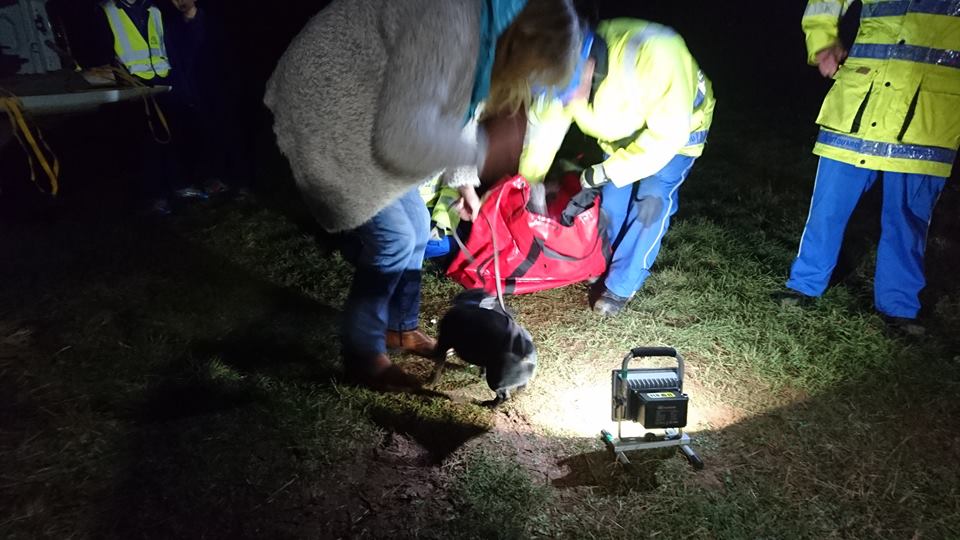 The dog was reunited with it’s owner. Photo: Torbay Coastguard