Cockington Country Park, which is managed by local conservation charity Torbay Coast and Countryside Trust, is proudly flying the Green Flag again this year after being awarded the coveted flag for being a quality green space.

The Green Flag Awards are judged by an army of more than 700 green space experts, who volunteer their time to visit applicant sites and assess them against eight strict criteria, including horticultural standards, cleanliness, sustainability and community involvement. 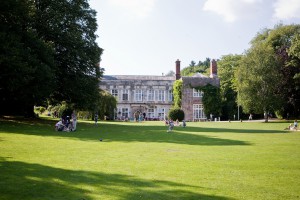 Cockington Country Park is one of Torbay’s most loved green spaces and it attracts thousands of both local and visiting families every year. The park is cared for and maintained by Torbay Coast and Countryside Trust’s team of gardeners and volunteers, who spend hours making sure that the Country Park is always looking its best.

The Trust’s Countryside manager Chris Lingard said: “We are delighted to accept the Green Flag Award for Cockington Country Park, for another year. The award is testament to the efforts of all of our staff and volunteers, who work tirelessly to maintain the high standards demanded by the Green Flag Award.”

The award is especially important as the Trust is currently trying to raise the last £50,000 for the Cockington Green Heart Appeal, a fundraising appeal that will see the restoration of key areas of Cockington Country Park. 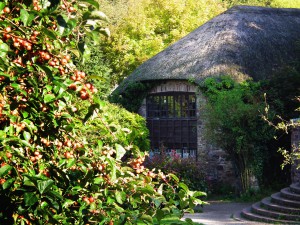 As well as Cockington Country Park, Torbay Coast and Countryside Trust cares for over 1750 acres of Torbay’s premier spaces including Anstey’s Cove, Berry Head National Nature Reserve and Occombe Farm. Being an independent charity, the Trust relies on the support of the local community to continue its conservation work. To find out more about ways to support the Trust or to make a donation to the Green Heart Appeal, visit www.countryside-trust.org.uk.