For 25 years the Green Flag Award has celebrated amazing spaces, shared best practice and raised standards, protecting parks for all.

Only four parks have been in the scheme since the beginning, one of which is Cockington Country Park. It has won the award for 25 years in a row and is now being honoured with a special commemorative plaque to recognise this huge achievement.

The Green Flag Award is an internationally recognised standard for the maintenance of green spaces around the world and encourages people to aspire for better standards, so that the parks are the best they can be for their community and for conservation.

Torbay Coast & Countryside Trust is Torbay’s independent conservation charity and is responsible for the care and maintenance of Cockington Country Park.

A spokesperson said: “We are honoured to receive this award and to care for such a beautiful place in Torbay, but this level of care could not have been achieved without the massive contributions made by our dedicated group of local volunteers and Cockington staff, for which we are extremely grateful.”

The Cockington Green Heart Appeal Project, which ran from 2015 until 2019, has been largely responsible for the parks success and has provided means to refurbish parts of the park in recent years including the historic lakes, the Gamekeeper’s cottage, which is now home to the park’s voluntary trainee team, and The Linhay, which serves as the Park’s Visitor Centre. 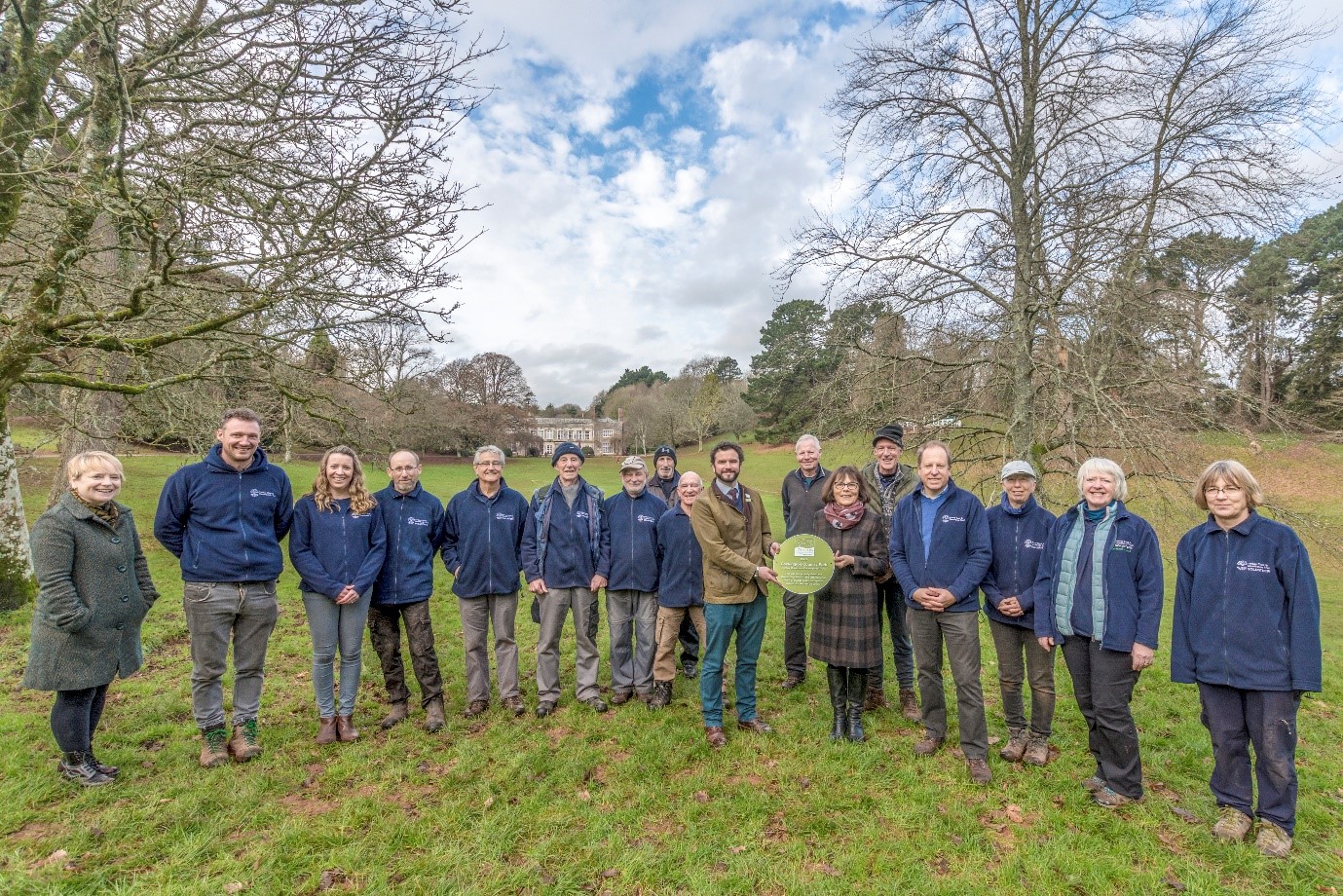 Cockington Country Park is one of only four parks in the world to have been awarded with this special commemorative plaque.

Damian Offer, Chief Executive of Torbay Coast & Countryside Trust, said:“I am delighted that the hard work carried out by our dedicated volunteers and staff has once again been recognised by this Green Flag award. On behalf of the Trust, I would like to thank all those who have been involved in caring for the very special place that is Cockington Country Park over the last twenty-five years.”

Carl McClean, International Development Manager for Green Flag Award, who came to present the award said:“The presentation of this 25th year commemorative plaque is testament to the hard work that goes in all year round in maintaining the Green Flag Award at the park – for the benefit of both the local community and visitors to the area.

It’s been a pleasure to celebrate this occasion today with some of the TCCT staff, management, volunteers and trustees. Well done to everyone involved.”

Paul Todd, Green Flag Award Manager said: “Winning a Green Flag Award every year since the scheme began demonstrates the consistent quality of Cockington Country Park. Everyone at Torbay Coast and Countryside Trust should be immensely proud of their achievement.”