Just released is ‘Colour Out of Space’, a new Nicolas Cage movie. This is a science-fiction horror movie about a meteor that slams into Earth unleashing an extraterrestrial organism. Directed by Richard Stanley, Cage plays Nathan Gardner, an artist who moves with his wife (Joely Richardson) and three children back to the farm where he grew up… to raise alpacas.

When the meteor lands in their front garden, the family witness flashes of a colour never before seen by the human eye. Lush mutant flowers begin to grow in the garden, the dog won’t stop whimpering and things things get disturbing.

We all know that Nicolas Cage movies can go one of two ways – don’t mention the awful remake of The Wicker Man- but we could be looking at a new cult classic.

So where’s the South Devon link?

It’s that the film is adapted from a story by Howard Phillips Lovecraft (1890-1937), an American writer of weird and horror fiction who is known for his creation of what became the Cthulu Mythos. 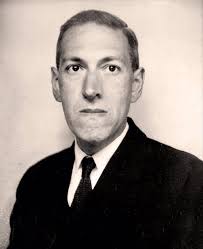 Born in Providence, Rhode Island, Lovecraft wrote and published stories that focused on his interpretation of humanity’s place in the universe. We humans were, in his view, an unimportant part of an uncaring cosmos that could be swept away at any moment.

He died in poverty at the age of 46, but is now regarded as one of the most significant 20th-century authors of supernatural horror fiction. He has inspired a large body, games, music and other media, drawing on Lovecraftian characters, settings and themes. 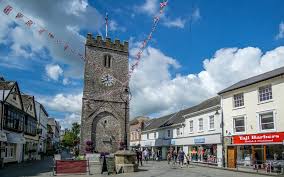 Though American, Lovecraft’s family came from Newton Abbot and scholars have suggested that his weird writings were inspired by family stories from South Devon.

Here’s Colour Out of Space: