Taking place on Teignmouth Beach on Sunday 11 June, The Colour Rush invites participants to complete a 5k run while being showered with powder paint and raising vital funds for their local hospice.

To celebrate the return of The Colour Rush Teignmouth, those who sign up online are being offered the chance to register for the reduced price of £15 when entering discount code INDIGO17 at www.thecolourrush.co.uk. 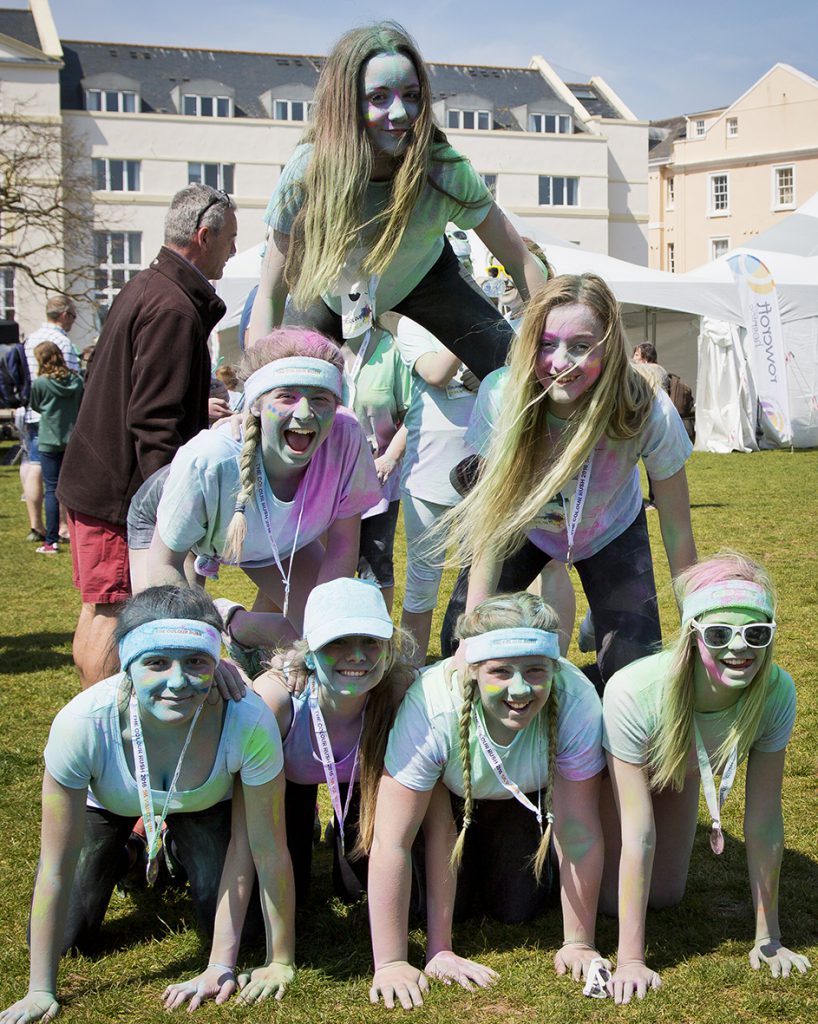 Daniel Robson, Rowcroft’s Events Manager, said: “We are delighted to be bringing The Colour Rush back to Teignmouth for a second year and can’t wait to see the local area unite for what promises to be a big, bright and colour-crazy day!”

This year registration for The Colour Rush is open to children as young as eight-years-old and Rowcroft has a full day of fun planned for the whole family.

Daniel added: “The action will kick off at The Den on Teignmouth seafront from 11.30am, with music from The Breeze, food and drinks stalls and some inflatable challenges! The Colour Rush 5k will then begin at 1.30pm.

“On completing the 5k, participants will be invited to take part in Rowcroft’s legendary mass paint throw, which with hundreds of people and hundreds of bags of paint is guaranteed to bring a colour cloud of craziness – and happiness – to Teignmouth seafront!”

All those who sign up for The Colour Rush Teignmouth are encouraged to raise as much in sponsorship as possible to support the thousands of people Rowcroft cares for in the Teignbridge area, and across South Devon, every year.

Daniel added: “In 2016 Rowcroft supported more than 2,000 people living with life-limiting illnesses in South Devon, and of those 392 lived in the Teignbridge area.

“The Colour Rush Teignmouth is the perfect opportunity to celebrate and support the work we do in your community – plus it’s sure to put a smile on your face!”

The Colour Rush Teignmouth is one of a series of efforts Rowcroft is making to secure the financial future of the hospice following its drastic funding shortfall in 2016.

Head of Fundraising Rachael Bryett said: “The local community has shown us enormous support since we announced our funding shortfall in 2016.

“We now hope they will join us in celebrating the amazing efforts South Devon has gone to in support of its local hospice, by signing up for our most colourful event of the summer!”

As part of the celebrations Rowcroft is also planning a day of festivities at The Den on Saturday 10 June, with more details to be announced soon.

You can sign up now for The Colour Rush Teignmouth on Sunday 11 June for the reduced price of £15 using code INDIGO17 at www.thecolourrush.co.uk.