We’re all familiar with the headland opposite the Grand Hotel on Torquay sea front known as Corbyn Head.

First the name. Some old guides say that Corbyn Head is named after a notorious local pirate, Samuel Corbyn, who is said to have been hanged there. However, this is another one of those inventions by innovative Victorian tourist guides. In reality, corbyn comes from the Saxon ‘corvenasse’ (cut off headland) and the Norman ‘courbe’ (crooked headland). A grant to Torre Abbey in 1196 mentions twyveldecliv, the double cliff.

The granite pyramid monument on the green was unveiled in 2005, on the 61st anniversary of a tragedy where an artillery gun exploded during a training exercise in August 1944. The gun, an old WW1 Japanese model, was being used in an exercise when one of its 50lb shells exploded in the breech killing six men.

From Corbyn Head in the direction of Paignton is Livermead, from laefer mead, ‘the meadow of the wild iris’. There are the remains of a medieval harbour at Livermead which can still be seen at low tide. Even further along is Preston, ‘Preosta Tun’, the priest’s farm, likely to have been a priest’s colony or mission station.

Either side of the Head are the beaches that attracted so many Victorian tourists. A popular activity for these visitors was to acquire souvenirs in the form of pressed seaweed to put into albums and to take home as decoration. One of the Victorian ladies who made seaweed collecting so central to the Victorian holiday experience was Torquay’s Amelia Warren Griffiths (1768-1858) who produced two volumes of pressed seaweeds found around the Bay (pictured below). Published in 1833, these rare books are now part of the Royal Albert Memorial Museum Collection. 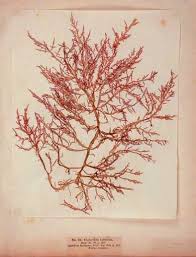 Another famous naturalist to be found scouring the beaches was the clergyman and author Charles Kingsley (1819-1875), who stayed for some time in what is now the Livermead House Hotel. Charles (pictured below) threw himself into prospecting on the foreshore and in the caves for specimens of marine life. From his coastal explorations came a book ‘Glaucus: or Wonders of the Sea Shore’, which he illustrated himself. He was a dedicated reformer and his commitment to social improvement can be seen in his great allegorical classic, ‘The Water Babies. A Fairy Tale for a Land Baby’, a book that changed minds, changed the law and saved lives. 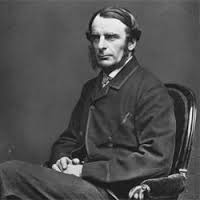 There’s a couple of literary references which are worth noting. In 1838 Poet Laureate Alfred Tennyson (1809-1892) called Torquay “the loveliest sea village in England” and wrote the poem Audley Court, partly inspired by Torre Abbey. The last lines described the scene from the hill overlooking The Bay – presumably Waldon Hill. He said he observed “a star of phosphorescence made by the buoy appearing and disappearing in the dark sea.” Later Corbyn Head was the inspiration for Baldy’s Head in Agatha Christie’s novel ‘Postern of Fate’. 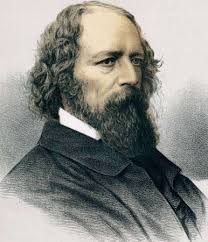 Notably, these descriptions are of the Bay as placid and welcoming, of an east-facing natural harbour and a refuge. Yet, we should also remember the Bay as the graveyard for many ships, the Shipwreck Index of the British Isles recording 114 wrecks. These are only Torbay’s known wrecks from the past 300 years and the review excludes the hundreds from the Brixham/Berry Head area. 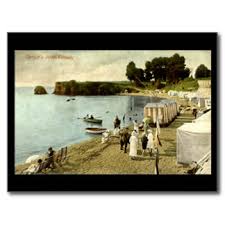 The industrial revolution transformed our quiet health resort into a popular seaside holiday town, the development of the railway being the key. For many years, however, Torquay was plagued by what was called “a shop window problem” when visitors arrived by train. This was the Corbyn Head Stench and, embarrassingly, tourists were often able to smell the beach before they could see it. Finally the Ministry of Agriculture was approached for advice and found that there were, “vast beds of decomposed peat which lie under the Sea Front, the Grand Hotel, Abbey Gardens and the Recreation Ground.”

While most tourists arriving by train came for peaceful reasons, others came looking for trouble. Since May 1964, when Mods and Rockers started the tradition of rioting in seaside towns, Bank Holidays had the potential for trouble. It was on the Easter weekend of 1970 that the latest youth cult, the skinheads, first came to Torquay. This “invasion of the crop haired youngsters dressed in their adopted style of jeans, heavy boots and sporting near-shaven heads, first caused trouble on inbound trains on Good Friday. Carriages were damaged and passengers complained to British Railway police who were called to quiet down the troublemakers”. 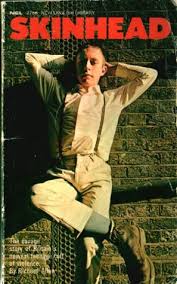 On Easter Sunday a car was rolled into the harbour, and fittings on boats were damaged. By August, the skinheads found someone to fight with and there was a “rampage by Hells Angels and Skinheads, a crowd of 200 on Torquay seafront scuffled with police – and a Newton Abbot man trying to telephone an ambulance was dragged out and beaten.” 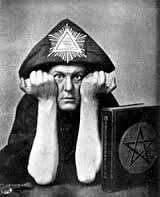 The most prominent of the hotels near to Corbyn is the Grand which has had many famous visitors. For example, later Torquay-resident the occultist Aleister Crowley (1875–1947), first visited Torquay in 1891 where he lost his virginity at the age of 15 to a young actress. Aleister (pictured right) later wrote “I fell in with a girl of the theatre in the first 10 days at Torquay, and at that touch of human love the detestable mysteries of sex were transformed into joy and beauty. I found that the world was, after all, full of delightful damned souls.”

This incident started Crowley on his journey to become ‘the Great Beast 666’ and ‘the wickedest man in the world’. 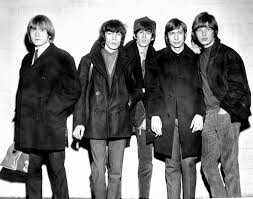 Mick and the Boys

In August 1964 the Rolling Stones performed concerts every day across the South West, using the Grand Hotel as a base. Originally, they were going to stay at the Queens Hotel but, on police advice, this was changed to the Grand. The idea was that a hotel further from the town centre could be kept secret from fans. This objective failed: “As soon as word was passed around crowds of eager fans – mostly girls, needless to say – began to gather outside the Grand hoping for a glimpse of their idols. Some of the more eager fans, however, were not content with a waiting and watching role and began to try to climb to the Stones suite on the first floor and were met by a stream of water from hosepipes directed by hotel staff.”

Incidentally, the Corbyn Head Hotel used to be the Phyllis Court Hotel, the hotel’s name being painted in great letters on the wall in front of the building. Late at night local wags used to paint the letters ‘SY’ at the beginning…

For a few years after the Great War it was hoped that Torquay would be the British Hollywood. We had the natural light and a range of scenery that could be utilised by inventive directors.

The first production was the full length 90-minute film ‘Nelson’, filmed in 1918. In the movie Torquay stands in for Naples and the peasants in the battle scenes are played by locals who storm the Royal Palace (the Grand). In 1919 ‘The Rocks of Valpre’ was set in a ‘Magic Cave’ on a ‘rocky coast’ and Corbyn Head was an ideal location. 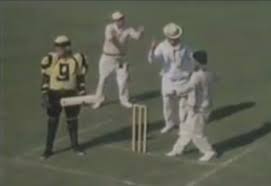 Next to the Grand is the Recreation Ground where the BBC comedy Goodies episode ‘2001 and a Bit’ was filmed. Broadcast on October 26, 1976 at 9pm the story is set in the permissive future world of 2001 where all is tolerated, including a violent spectator sport clearly based on that of the just-released James Caan movie ‘Rollerball’ (pictured above).

One of the more recent movies to be filmed in Torquay, this time at the bowling green, was ‘Blackball’ (2003). Cliff Starkey (played by Paul Kaye) is a rebellious young bowls player whose behaviour gets him banned from the bowls club. Picked up by a sports agent (Vince Vaughn), Starkey is re-branded as the ‘bad boy of bowls’, turning bowls into a glitzy competition. Although the plot is fictional, the central character is based on real-life local bowls player Griff Sanders. To appeal to an American audience, the movie was bizarrely known as National Lampoon’s Blackball in the States.

Just across Kings Drive and the Scirebrook stream is Torre Abbey Meadows which, for three decades from the 1970s through to the 1990s, hosted the Radio 1 Roadshow each summer. Broadcasting live from 10am to noon each weekday, the format saw a range of BBC disc jockeys meeting local people to play their requests, and give away ‘goodie bags’. There were competitions such as ‘Bits and Pieces’ (where contestants had to identify pop hits from brief excerpts), and ‘Smiley Miley’s Mileage Game’ (which involved guessing the distance from the last Roadshow). 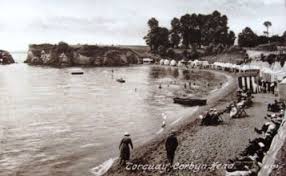 Also on the Meadow could be seen ‘Seaside Special’, a long-running 1970s BBC 1 outside broadcast mainly filmed in a big top. At around an hour long, it was essentially a variety show, featuring a music act, a comedy act, and dancers New Edition. Hosted by Radio 1 and Radio 2 DJs, in 1977 the final of the Miss Seaside Special Natural Beauty Contest was featured. Abba visited Torquay in October 1975 to appear on the show:

Corbyn Head has changed as Torquay has changed, both from human intervention and the power of the elements. In the twelfth century Torre Abbey was partly built with quarried stone from the Head and old photographs show how dramatically the headland has changed over recent years. The mostly red Permian sand stone is prone to erosion – the sea stack beneath Corbyn Head has been completely eroded away – while most of the trees have long disappeared due to Dutch elm disease. In a few years the Head will look different again.