South Hams District Council have posted photos showing why public toilets in  Totnes have been closed.

The shocking photos show drugs paraphernalia and blood after being used by drug takers.

Toilets in Coronation Road, Market Square and Steamer Quay were closed by the council before Christmas due to public safety issues. 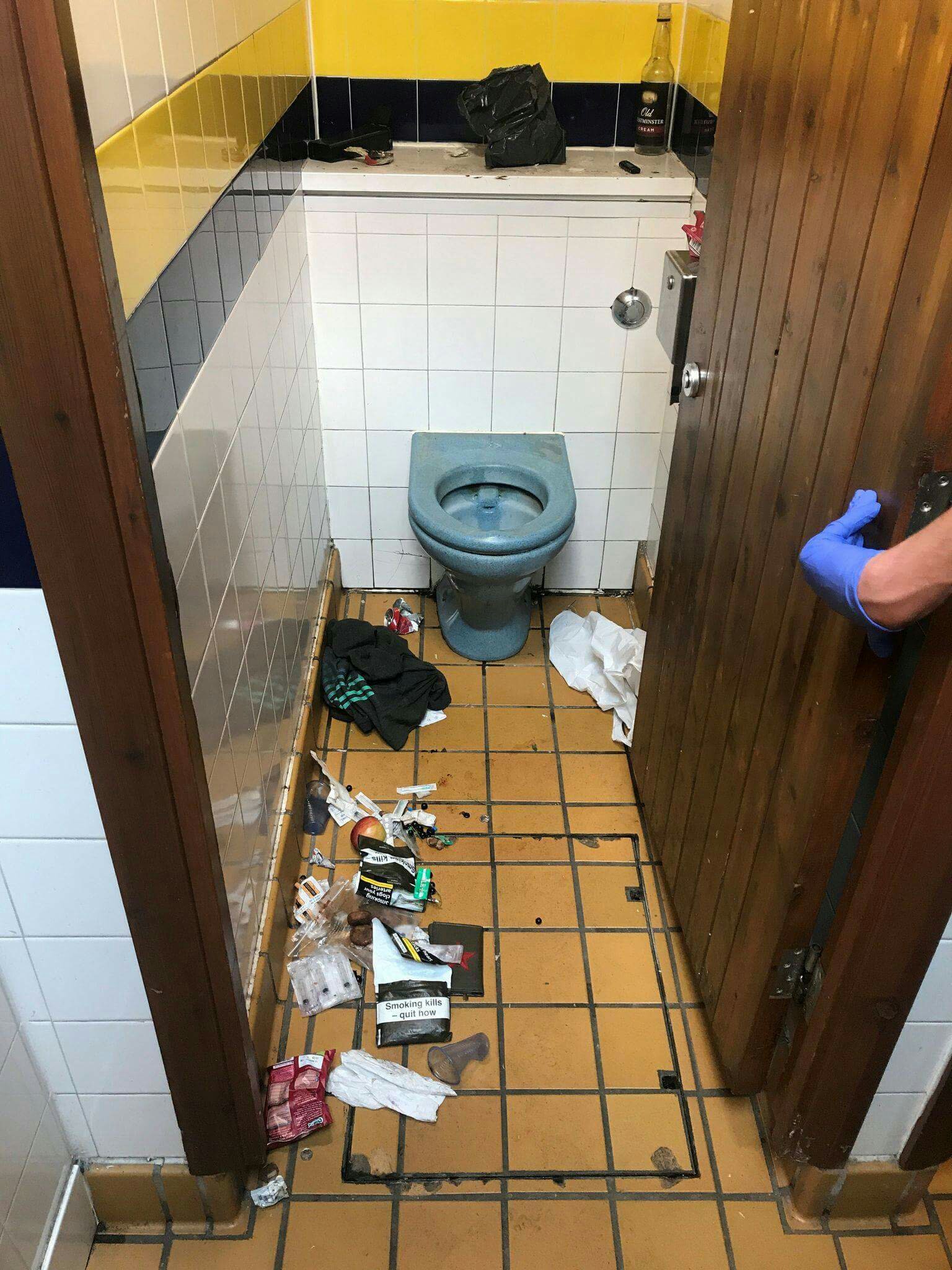 There is one very simple reason why South Hams District Council closed the three public toilets in Totnes over Christmas.  They posed a risk to public health because they were being misused by a small number of drug users.

The drug users would often leave behind needles and spray blood on the walls.  If used, the needles (also  known as sharps) which may have been contaminated with infected blood could transmit more than 20 diseases, including hepatitis B, C and HIV. Because of this transmission risk, injuries caused to a member of the public who tries to use the toilets could cause huge stress and worry. 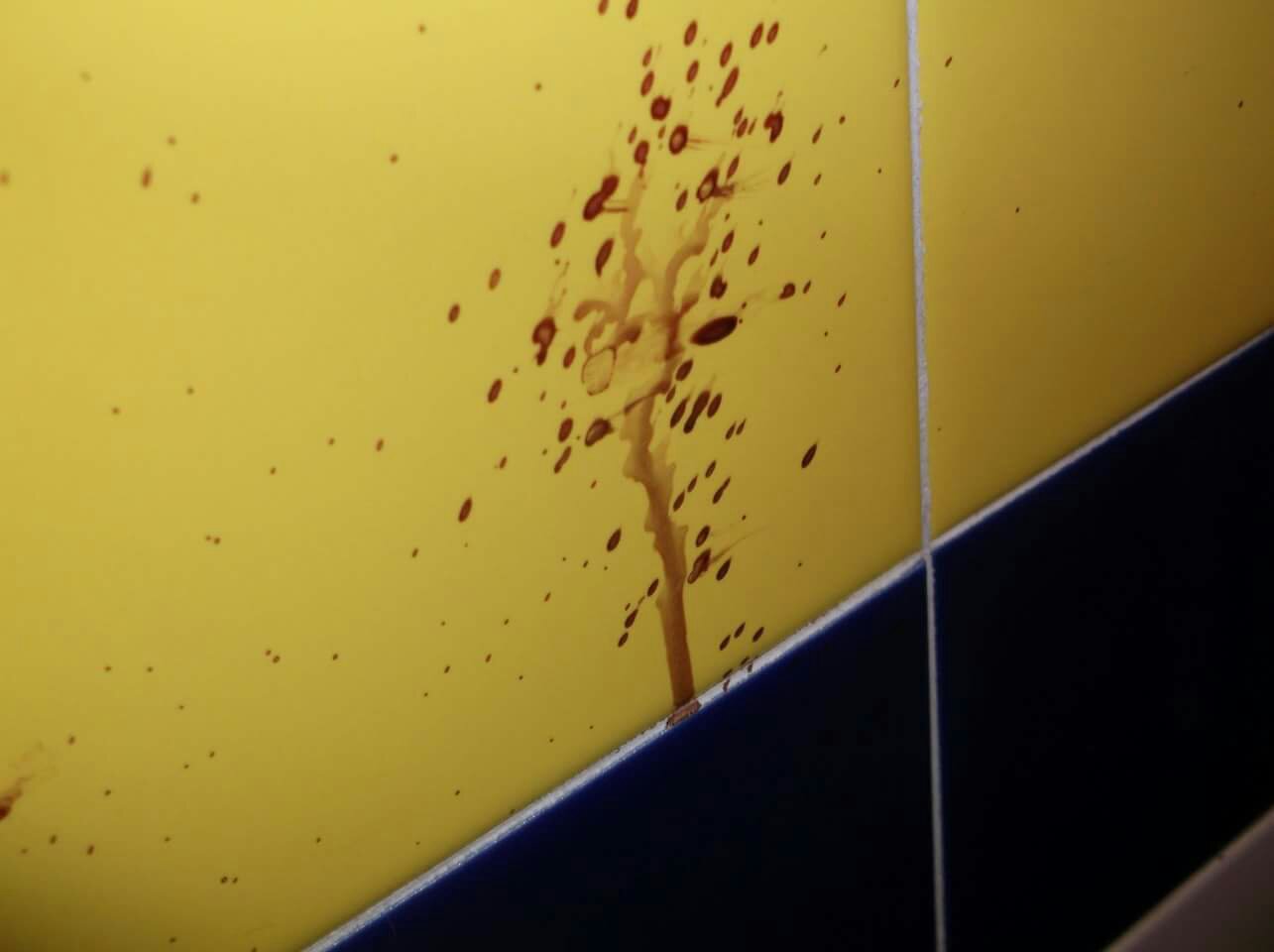 Cllr Simon Wright, Deputy Leader of South Hams District Council said: “We are terribly sorry to hear, through the paper, that one person was inconvenienced by the closure of the toilets and we sincerely apologise to her for any distress that this may have caused.

“We have now decided to publish images showing the graphic scenes that our officers regularly face when they clean the toilets in Totnes.  These images are just horrific, but by sharing them we hope that people will understand the situation we were faced with.  The majority of the public have been very understanding and this is the only complaint that have received. ”

Throughout the year the council has committed huge resources to keeping the toilets clean.  Because of the needles and the blood left behind by the drug users, sometimes they have needed to be cleaned up to five times a day.  Other council have considered using UV lights making it difficult to see a vein, but seasoned addicts will draw their veins on with a pen so that they can always find them. 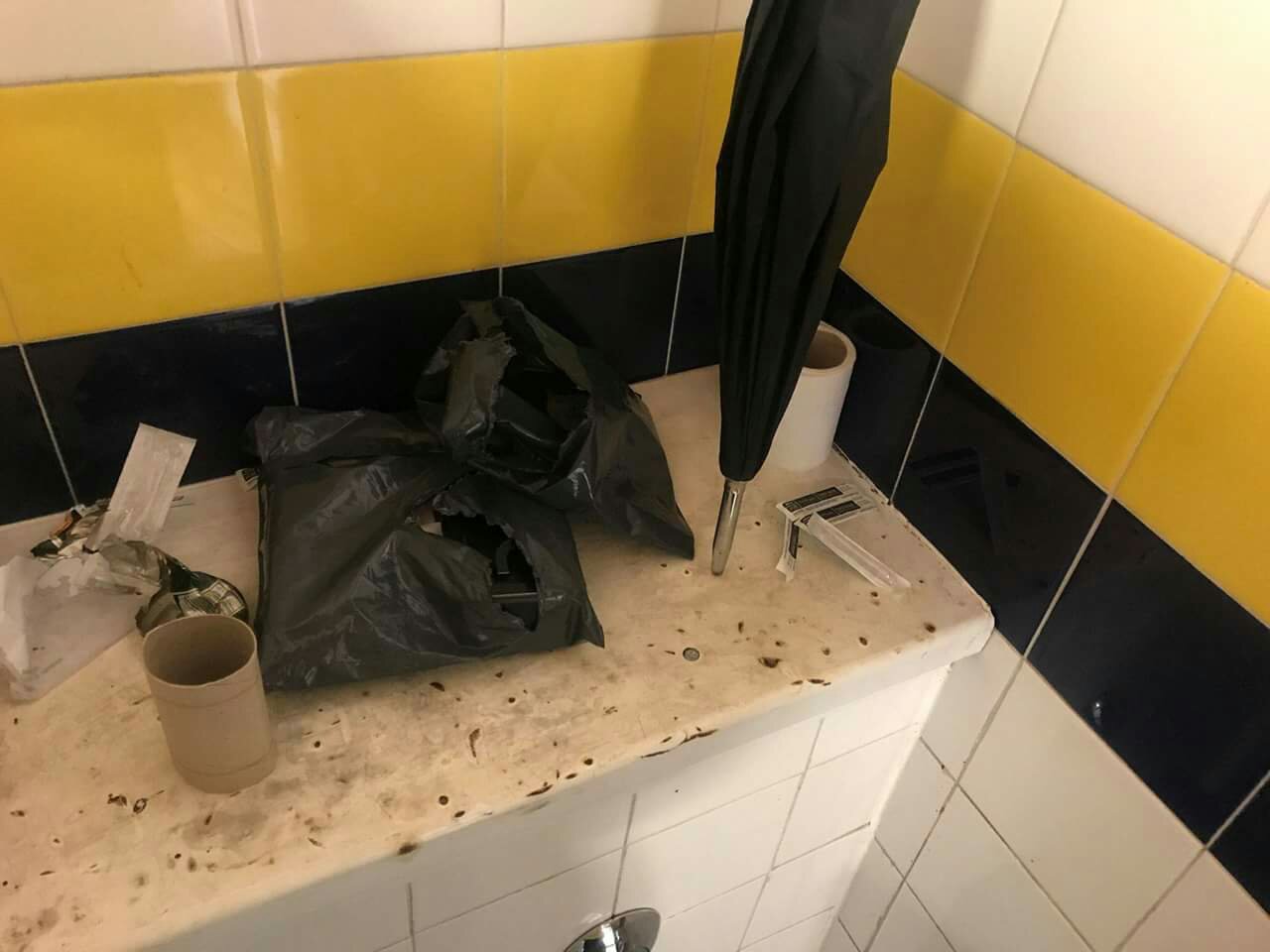 Before Christmas the council held a multi-agency meeting to discuss how they could keep the public safe when they were not able to clean the toilets as frequently over the festive period.

At the meeting, the risks and the issues were discussed at length, including the location of the toilets in a busy town with cafes, shops and pubs, the recent issues faced by staff and the worst case scenarios if they were left unattended.

It was agreed that in the interests of public safety, the toilets would be closed except on Market days and during key Christmas events, when they would be open as normal and locked from 6pm as usual.
In addition to this, the council would continue to encourage the drug users to engage with support agencies such as RISE ADDACTION, who are currently offering support in Totnes on Thursday mornings at the Mansion.  Whilst we wish to support those who genuinely want help to overcome their addiction problems, we cannot continue to turn a blind eye to the negative impact that a small number of drug users are having on the wider community of Totnes, therefore we have begun taking enforcement action against a small number of people who have shunned the support offered and continue to have an anti-social impact on the rest of the community.

It was also agreed at the meeting, that there would be a further meeting in January to review the situation and to discuss a long term plan of action before reopening the toilets.

Cllr Wright added: “I am extremely sorry for any inconvenience that the closure of the toilets has caused, but leaving them open would have posed a much greater risk to public health and I did not want to be responsible for a member of the public coming into contact with needles in one of our toilets.

“The images we have published today show the constant state of the toilets. Despite our best efforts to keep them clean, there is no way you would want to take a child into one of these toilets and find it in this state.  It is too horrific to imagine the implications of a child picking up one of these needles.”

“The people of Totnes have been incredibly tolerate of the drug users who misuse these public conveniences and the work that we have been doing with groups such as RISE ADDACTION is beginning to improve the situation.

“However, there is a small group of people who show absolutely no regard to the people of Totnes, abuse every facility we make available and reject the offers we give to support and help them.  I want to assure the people of Totnes that we are as frustrated by this situation as you are.

The Civic Centre toilets will be open as usual on Friday and Saturday during the market this week.  As planned the council will be reviewing the misuse of the public toilets, their reopening and public safety at a meeting early next week.

You can find all of the images here.