Starting in Ilfracombe and finishing in Saltram, the staggering running event has five different challenges, the toughest of which is a full coast-to-coast 92-mile run.

The joining of two local forces, DCUK has agreed to sponsor RunDevon, to help boost the exposure of the fundraiser, and in turn raise more awareness and money.

So far just over £12,000 has been raised, with a total of £15,000 as the target. Plus, more than 70 runners have now joined, which makes it RunDevon’s biggest fundraiser yet.

The spectacular running festival is looking for courageous runners to run from nine miles to the full distance, in one of the most beautiful and inspiring physical challenges the South West of England has to offer.

Money raised will go directly to Young Devon, a charity that helps develop skills and provides wellbeing for young people across Devon.

Craig Wensley, DCUK founder commented: “We’re so proud to be involved with RunDevon, it’s a truly mind-blowing achievement for anyone that takes part and any money raised goes to a very worthy local cause. DCUK’s products are also based on runner ducks we saw in Indonesia, so we had to take the opportunity to get involved with the natural running theme! Good luck to all of the runners.” 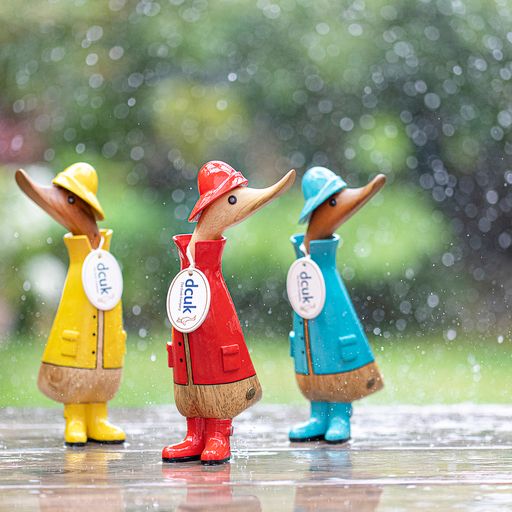 Andrew Turnock, Head of Business Development and Growth at Young Devon added “We thank DCUK for its ongoing support for both the event and the charity. Teaming up with Devon-based businesses only bolsters the amazing work we’re doing down here, and we’re excited to see the impact they have on this year’s run.”

To donate, sponsor a runner or take part in RunDevon, visit: https://rundevon.org/