A dead dolphin was reported to have been found on Paignton beach last night, 19th January.

Following a post on Facebook page Spotted Torquay last night, there was speculation as to the cause. There were reports of a dead shark in Newquay on Sunday which had injuries consistent with a shark bite, there were some concerns that this may be the cause.

However, the dolphin found in Paignton, does not appear to have injuries consistent with a shark attack – more likely a run in with something man made, possibly propellers. 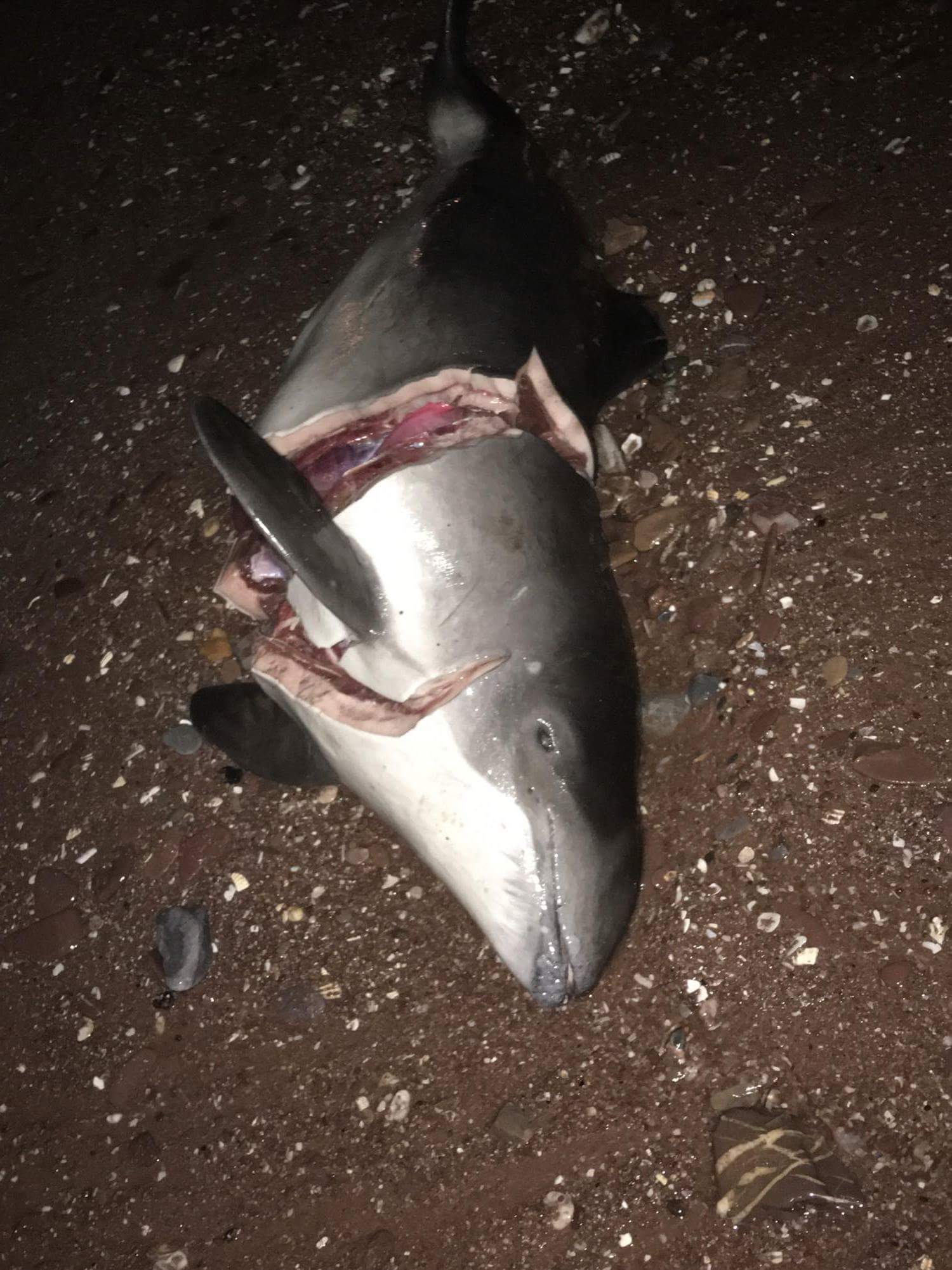 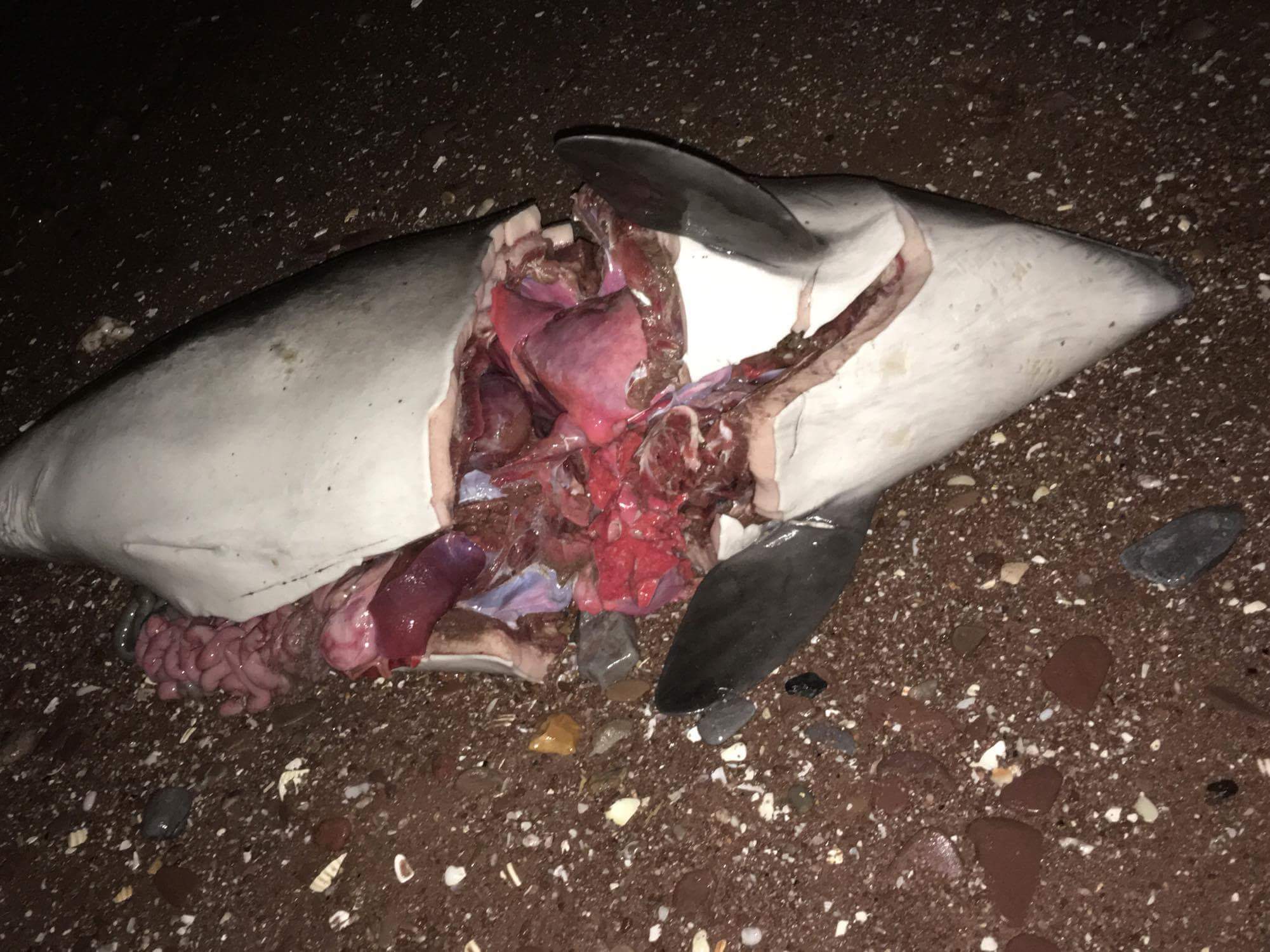 Tanaya Robins came across the carcass last night at around 8pm on Paignton Beach whilst walking her dogs
The sighting has been reported to the relevant authorities.