Artists from Devon are going to exhibit their works in a major city in Germany.

The members and friends of the Devon Art Society will be presenting paintings of the beautiful landscapes of Devon and Cornwall. The German people are particularly interested in this part of the United Kingdom since more than a hundred of Rosamunde Pilcher’s novels have been adapted for television by a high ranking German TV station.

The paintings will be showing the picturesque bays of the West Country as well as the impressive moors which inspired Sir Arthur Conan Doyle to his famous novel “The Hound of the Baskervilles”. 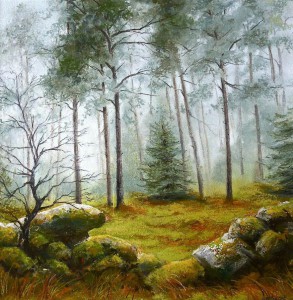 The artists have portrayed their home counties in magnificent colours in oils, acrylics, and pastels on canvas, paper, or wood. They have managed to convey the perceptions and feelings which they experienced during the creative process, relating them to the visitor who will be able to understand their work quite intuitively.

The exhibition was organised and curated by Pat Harrison, a member of the Devon Art Society who lives in Germany. He went to collect the paintings, personally transporting them by ferry and car through France, Belgium and the Netherlands. Thirty years ago that would have meant stopping at eight customs posts to have papers signed and stamped. One good thing about the EU is that none of this was necessary and the trip went smoothly. 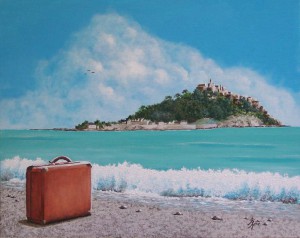 Pat and his family are regular visitors to Torquay, the West Country, and other parts of England. He also teaches English at evening classes in three major cities, and he is a lecturer at night schools where he promotes British tourism by telling his audience about all the wonderful places he has visited in the UK.

The exhibition is set to tour other major cities in Germany to document the Anglo-German friendship which began as early as 1946 with the first youth exchange taking place between Dagenham in Greater London and Witten in Germany.
https://landscapeartuk.wordpress.com/

Innovations to make heat pumps cheaper and easier to install have been backed by more than £15 million in government funding, helping accelerate the UK’s move away from fossil fuels. The funding is p…

Audiologists are urging people in South Devon to know the signs and symptoms of dementia. During World Alzheimer’s Month, Specsavers teams that deliver eye and hearing tests in people’s homes have be…