An exhibition has just opened at Torquay Museum which explores the culture of the Pacific islands of Fiji, and the extraordinary lives of three men who retired to Torquay after careers on the islands. They collected beautiful and fascinating artefacts, eventually leaving these collections to the Museum

The star exhibit is a beautiful and rare ornamental breastplate made from a polished pearl shell surrounded by pieces of whale ivory, made to be worn on special occasions by a Fijian chief. There is also an extraordinary variety of clubs and spears, one imbedded with human teeth, used by warriors engaged in tribal warfare, which was at the heart of Fijian culture. 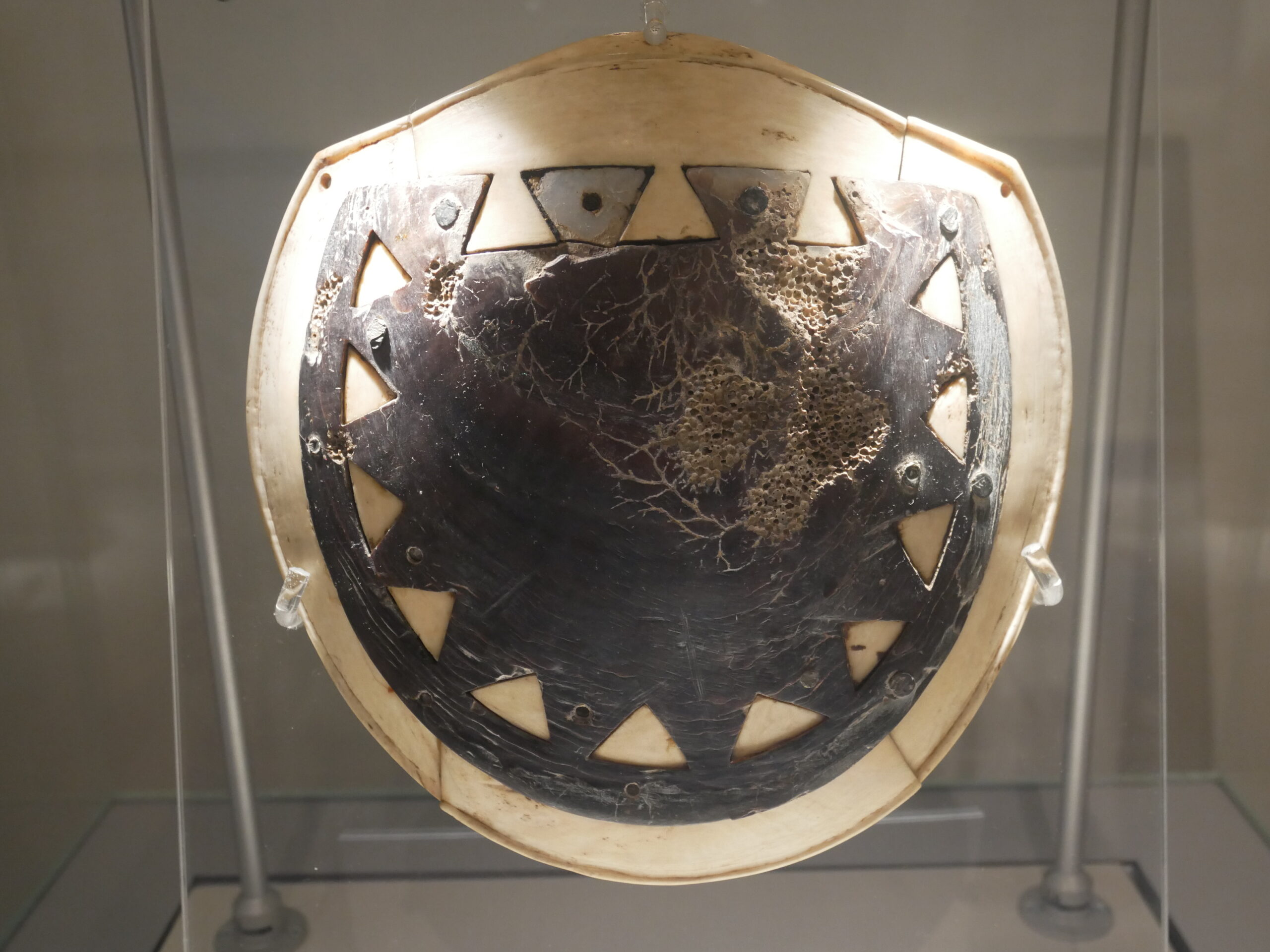 More peaceful artefacts include traditionally made pottery used for holding water or cooking, along with beautiful examples of basketry and weaving.

A truly fascinating country, Fiji consists of more than 330 islands, most formed by volcanic activity around 150 million years ago. These islands were first settled around 3,000 years ago, and over the centuries a uniquely Fijian culture developed around the institutions of chiefly warfare, gift exchange, the complementary roles of men and women, and ancestor worship. A complex ceremonial life fused with a strong warrior ethic, and energetic economic activity led to regular interaction and rivalry between neighbouring chiefdoms.

The three men whose collections form the basis of this richly illustrated exhibition were from very different backgrounds, but met in Fiji, became friends, and two retired to Torquay, bringing their fascinating Fijian collections with them. They were Irishman Charles Swayne, who became an Inspector of Native Taxes in Fiji, Arthur Ogilvy, later Curator of Torquay Museum, and Adolf Brewster, an Australian who briefly grew sugar cane but joined the Fijian civil service as a young man.

The Far Side of the World – Torquay’s Fijian Connection exhibition runs until 5th February 2022, and is free to Museum ticket holders. The Museum is open Monday – Saturday, 10am – 4pm (last admission 3.15pm). Tickets can either be purchased in the Museum, or online in advance via the Museum’s website. This exhibition was made possible with the help of The Fijian Art Research Project and the Arts & Humanities Research Council.