A donation of £1601.58 has been made to the Devon Air Ambulance Trust by the outgoing Chairman of South Hams District Council, Cllr Ian Bramble, following a series of charity events.

Every year, the new Chairman of the Council chooses a charity which they would like the Council to support.  Cllr Bramble was keen to have Devon Air Ambulance Trust (DAAT) as his charity of choice and enthusiastically encouraged fundraising at a variety of civic functions and amongst other Council Members, who were happy to contribute.

The funds raised will go towards projects such as the expanded 24 hour night service, which the DAAT commenced in October, together with associated equipment needed to fly at night. 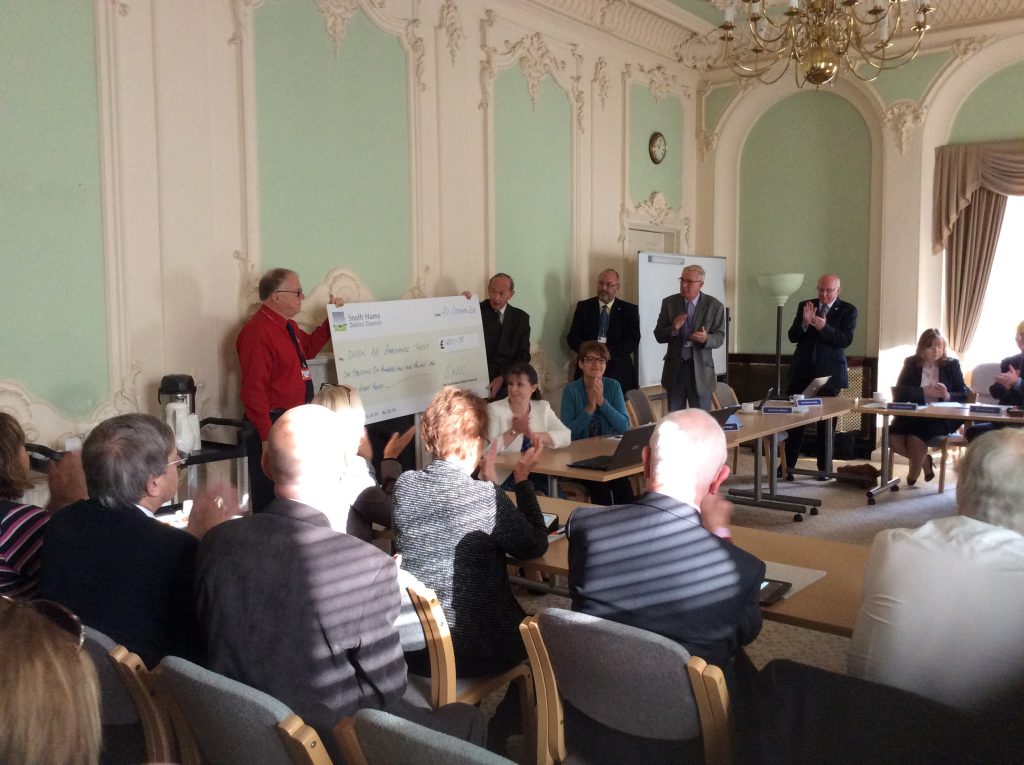 South Hams District Council’s Chairman (2015-2016), Cllr Ian Bramble, said: “During my year as Chairman the Devon Air Ambulance Trust was my selected charity for which various events and significant personal donations by a number of Councillors produced a total of over £1600.

“This was well received by the Trust as it has contributed to the additional funds the charity has been raising in respect of the expansion of its service into a 24 hour operation and the need for night flying equipment and support.”

Devon Air Ambulance’s Fundraising Director, Caroline Creer, said: “We would like to thank Cllr Bramble from South Hams District Council for choosing us as his Charity of the Year. The support has been greatly appreciated, not only raising over £1,500 in the past 12 months but has also been extremely supportive of our community landing sites campaign for night flying.”

A number of parishes are also actively involved in this ‘night flying’ project and raising funds for facilities in their own areas.

To find out more, WATCH: https://www.youtube.com/watch?v=q6bOlLYd1xI