A dog was rescued this afternoon, 18th December following a cliff fall in Brixham.

Police, coastguard crews and the RNLI attended the incident at Berry Head Quarry.

The Jack Russell Terrier had fallen onto below. The dog was rescued and reunited with her owners who took her for a check up at the vets. 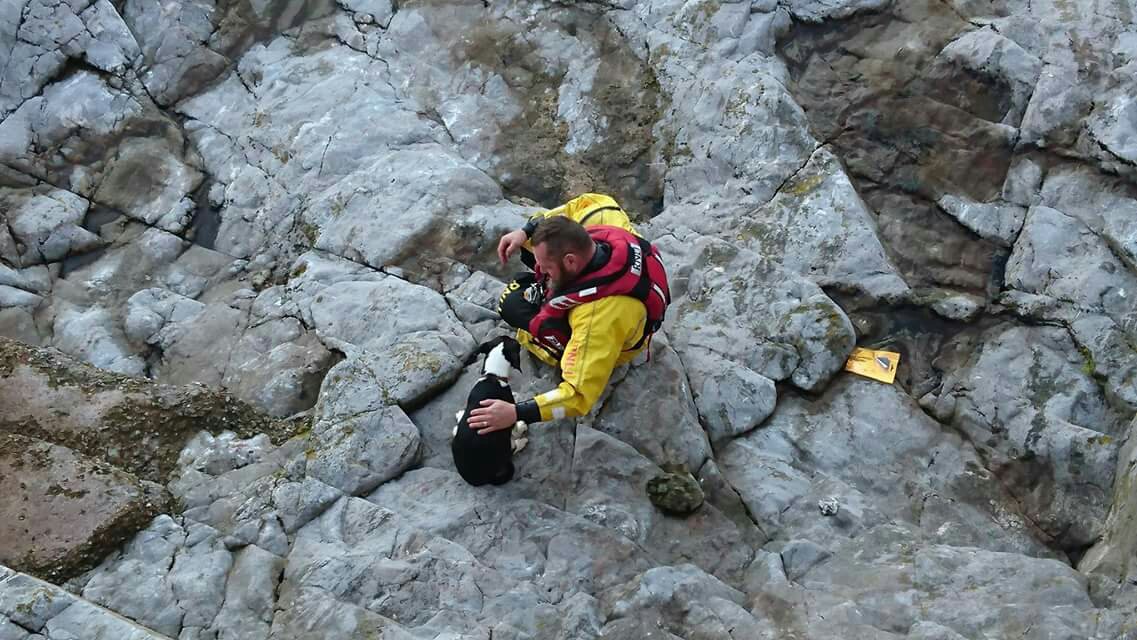 Posting on their Facebook page, Torbay Coastguard said “We were tasked by Maritime and Coastguard Agency to assist Berry Head Coastguard with a dog over the cliff at Berry head Quarry. Devon & Cornwall Police had notified us of the incident, due to the dogs position we called RNLITorbay as they would have better access. Once they arrived on scene two crew members checked on the dog before placing her into our dog rescue bag and then team members recovered her up the wall and into the care of her anxious owners who have taken her to the vets for a check over.”

Brixham Police posted on Facebook “Just after 1500 hours today, officers from the Brixham Policing Team, along with the Torbay Coastguard attended Berry head, following reports of a Jack Russell Terrier having fallen some distance onto rocks below.

“We are very pleased to say that the little chap was successfully rescued and reunited with his owner, who has taken him straight to the veterinary surgery, with what appears to be minor injuries.”