Two men have been arrested after police executed a Misuse of Drugs Act warrant at in Torquay as part of Operation Commonwealth earlier today, Wednesday, 7th February.

Police posted a photo on Facebook of what they believe to be the drug ‘Spice’ along with laptops, an ipad and mobile phones. 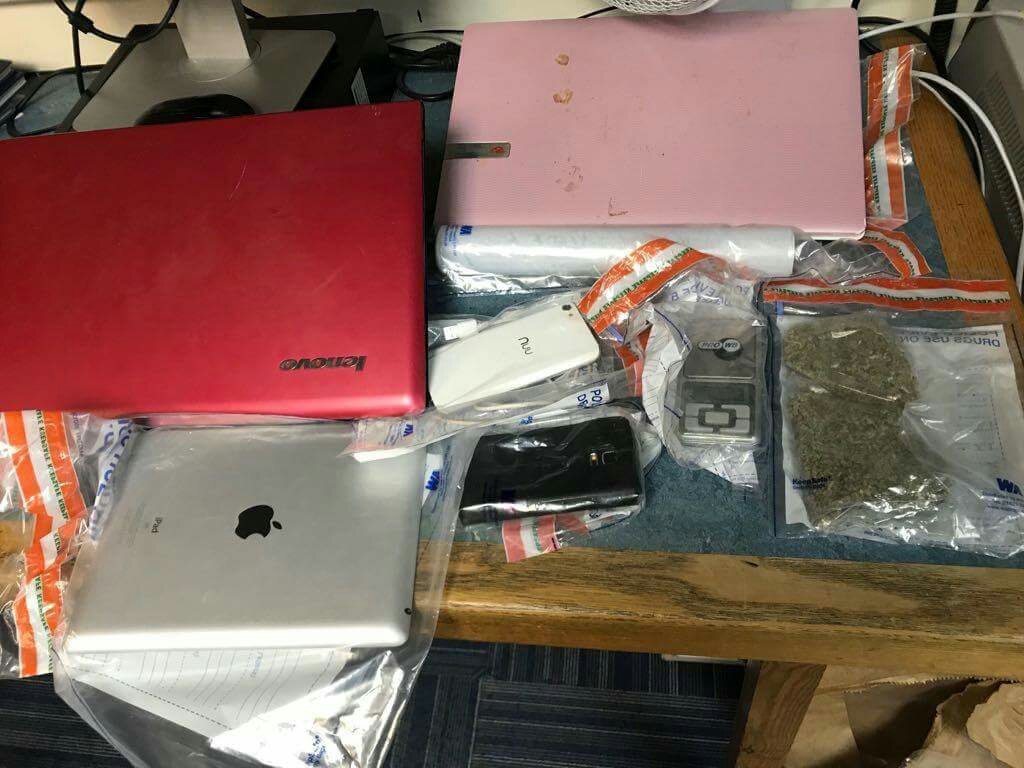 Posting on social media, a spokesperson for Torquay police said: “Officers from the Torquay Neighbourhood team executed a Misuse of Drugs Act warrant at a Torquay address earlier today as part of Op Commonwealth.

Officers found what they believe to be evidence of dealing controlled drugs and a quantity of what is believed to be Spice was recovered (it might not look like much but it’s an immensely powerful drug and doesn’t need a lot to have a significant effect on the user).

Two local men aged 29 and 26 were arrested and released under investigation after interview.

Just to explain what released under investigation means (since it often draws some criticism), it isn’t a case of simply being released as such. The person concerned knows the investigation continues after release and it is highly likely we will bring them in for a further interview before a charging decision is made. We used to release people on bail but changes to the Bail Act now mean that we only use bail in specific circumstances and since we can’t charge a person until all enquiries are completed, we release them with a view to dealing with them once the investigation is complete which can take some time, even for seemingly simple matters.

Todays action shows how valuable community information is and represents our ongoing efforts to target drug supply in Torquay. It won’t stop the drug problem overnight but targeting dealers and disrupting supply is an effective means of reducing drug use and the ASB that often goes with it.

As always we welcome reporting which can be done anonymously through Crimestoppers, by calling 101 or emailing the team directly at torquay@dc.police.uk”