Police carried out a number of visits to licensed premised across Paignton and Brixham last night, Friday 18th May.

A number of drugs were seized following searches at the license premises and a further search at a residential property.

Police say a number of people were detained and are being investigated. 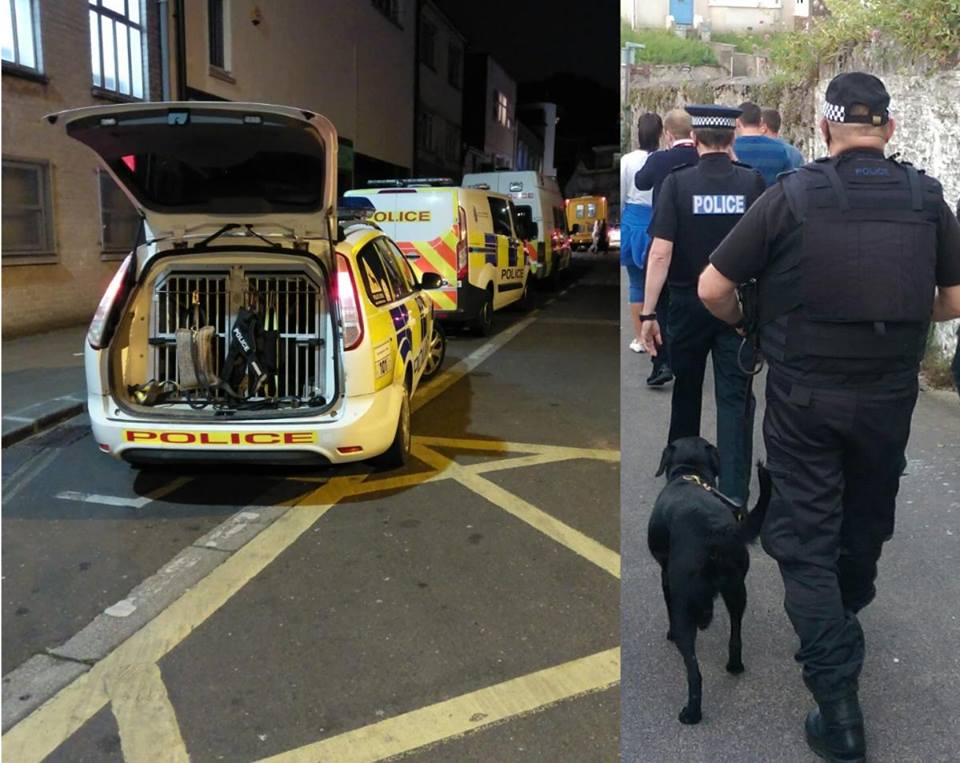 Brixham Police said on Facebook: “This evening officers from the Brixham Policing Team and the Dog Section, including PD Holly carried out multiple licensing visits across Brixham and Paignton.

“A number of persons were detained and searched and quantities of what is believed to be class A and B controlled drugs were found/seized. As a result of tonight’s tasks, persons are being investigated on suspicion of ‘possession’ and ‘possession with intent to supply’ offences. Subsequently one residential property was also searched at approximately 2345 hours, whereupon what is believed to be further controlled drugs were seized. #TheNoseKnows

“Many thanks to the staff and patrons of the licensed premises visited for their help, support and co-operation.”