Drugs and knuckle dusters were seized in Torquay yesterday, 19th January as part of Operation Roxbury.

Officers from Torquay and Brixham took to the streets joined by PD Holly, who came down from Dorset – And didn’t she do well!

Controlled drugs, cannabis and a knuckle duster was seized during the operation. 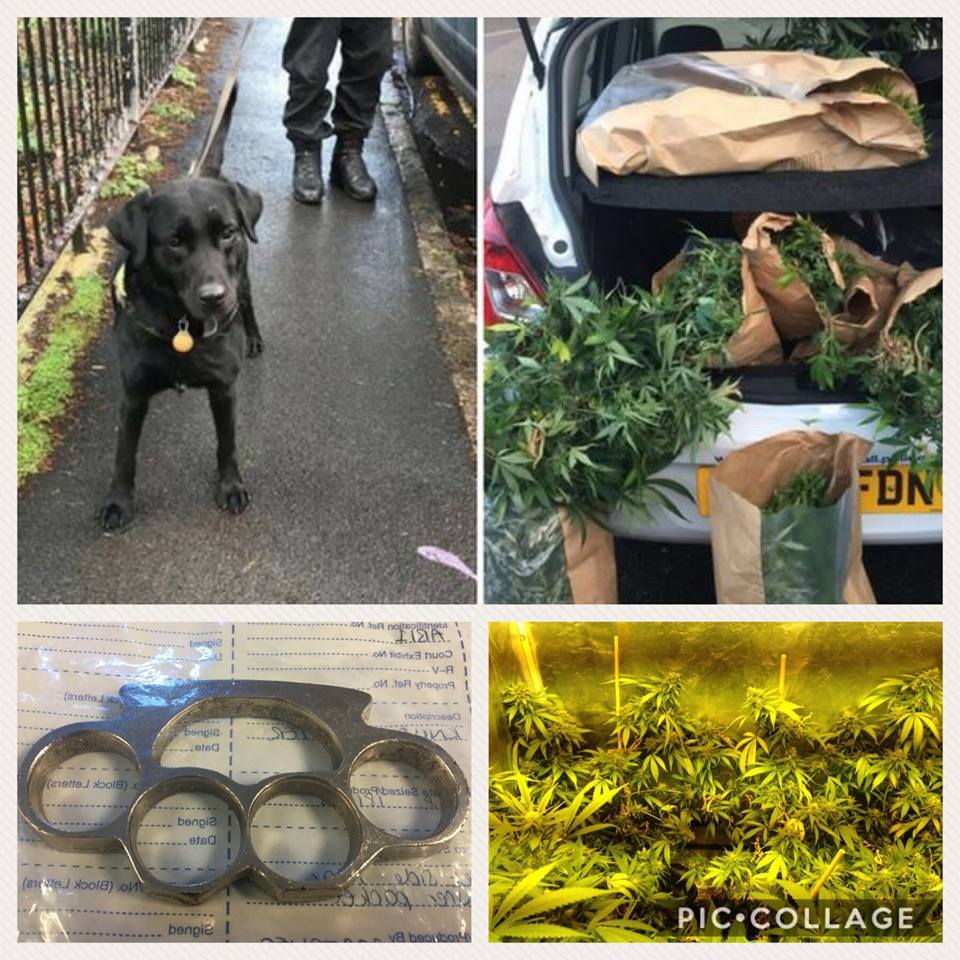 Posting on Facebook, Torquay Police said:
“Officers from Torquay and Brixham, supported by the Professional Development Unit, Special Constabulary and Neighbourhood teams from South Devon conducted a day of action for Operation Roxbury.

This is a drugs related operation designed to remove drugs from the streets of Torquay using both plain clothes and overt patrols.

Once again we are delighted to say were joined by PD Holly who came all the way from Dorset to assist us and was instrumental in achieving some great results – she’s a good girl!

A number of stop checks were carried out under the Misuse of Drugs Act resulting in controlled drugs being seized.

During the afternoon, Holly indicated the presence of drugs near an address in Torre, enquiries located a cannabis grow which was seized, a male suspect will be interviewed in due course.

Officers also stopped and searched a group of males which resulted in a knuckle duster being located, a local male is in custody being interviewed for possession of an offensive weapon.

Roxbury is an ongoing initiative, further days of action will take place in the near future,”