Update: The man was taken to Derriford hospital in Plymouth where he is in a stable condition.

Emergency services were called to an incident at a car park in Torquay last night. The man is believe to have fallen around 50 feet.

Early reports suggest someone fell from the car park behind The Apple and Parrot.

Police and ambulance attended the scene.

The condition of the man, who was treated at the scene and then taken to hospital is not currently known. 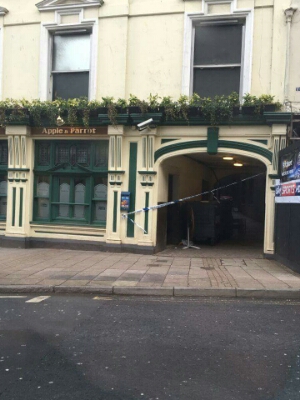 The side access by The popular Apple and Parrot pub was cordoned off whilst the incident was dealt with.

The car park is believed to belong to a nearby business.

To be updated as more information becomes available.